Accused as sources of viruses (including COVID-19), bats are often misunderstood and feared — and are critical contributors to a healthy ecosystem. 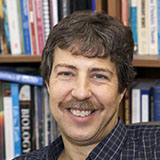 Throughout my career one of the first questions commonly asked of me is how I ended up studying bats. My response? Just lucky, I guess.

One of the most fascinatingly unique and misunderstood animals on Earth, the real-life biology of bats is more astounding than the mythology. With nearly 1,400 species globally, and cloaked by darkness, bats go unnoticed as they perform vital ecological functions across all continents except Antarctica.

Unfortunately, despite their uniqueness and importance to ecosystems that support human existence, bats continue to be feared and persecuted globally – and most recently they’ve been alleged (without sound evidence) as the source of the Coronavirus (COVID-19). It’s an accusation that is putting bats – and the benefits they provide to humans – at risk.

Those benefits include control of pest insects that destroy crops, pollination and seed dispersal of food plants, predation on mice and other rodents, and the production of guano that is used as a major fertilizer of crops globally. In the U.S. alone, bats save the agricultural industry and taxpayers an average of $23 billion annually by consuming crop pests.

In addition, bats pollinate agave plants that are used to make tequila and agave syrup. In the Neotropics, they pollinate and disperse the seeds of at least 550 plant species including cashews, mangos, papaya, soapberry, wild bananas, balsa wood, dozens of fig tree species, rubber plants, guava and passionfruit, just to name a few. 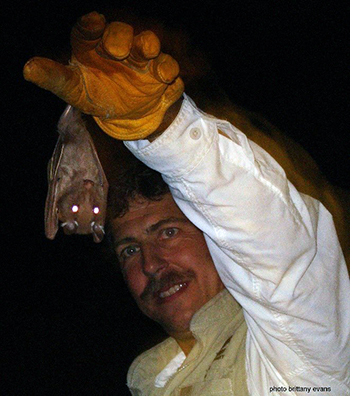 Bats may live more than 40 years in the wild, and females typically give birth to one child that may weigh 40% of the mother’s body mass (human infants are about 6% of mom’s body mass). Mothers fly wing-to-wing with their young on nightly forays and even establish predetermined reunion locations in case they get separated.

Bats also form long-term friendships, visiting each other in their respective colonies for days at a time before returning home, and they have social organizations and cognitive abilities equivalent to primates, whales and elephants. Perhaps this isn’t surprising, given that bats are one of the oldest groups of mammals on Earth, having evolved approximately 52 million years ago.

The citing of bats as potential reservoirs of highly feared diseases has escalated over the last 20 years, resulting in the unwarranted destruction of large bat colonies.

Regarding the recent allegations surrounding the sourcing of COVID-19, bats were almost immediately stated to be the likely reservoir. Then it switched to snakes, then pangolins and then back to bats in various press reports, with no sound evidence to support these animals as the direct source of the virus.

A recent letter published in Science by a Chinese researcher states, “Unfortunately, the suggestion that COVID-19 may have originated in bats is putting them at increased risk… The reputation of bats as virus carriers has even led to extreme suggestions of mass slaughter to protect public health.”

Assumptions and suggestions are not how the careful business of science is normally conducted. This type of information dissemination by some researchers to the general public is irresponsible and dangerous – not only to the animals being accused, but also for overall public health and safety.

For bats, the only known virus having empirical evidence of direct transmission to humans is rabies, and such transmission are rare. However, the clear delineation of rabies transmissions from bats to humans has prompted bat biologists to be inoculated with rabies preexposure as a precaution for protection over the last 30 years.  Today, thousands of bat biologists are working around the globe, capturing and handling bats, with no incidence of infections from any other viruses.

Continuing research during the COVID-19 response

Over the years, my students and I have had the pleasure of working with bats throughout the world, including in China, South Africa, Botswana, Namibia, several Caribbean islands, Belize, Puerto Rico and, of course, Colorado. The high potential of human-human transmission of COVID-19 has certainly upended projects involving international travel as well as potentially affecting our field work in Colorado. 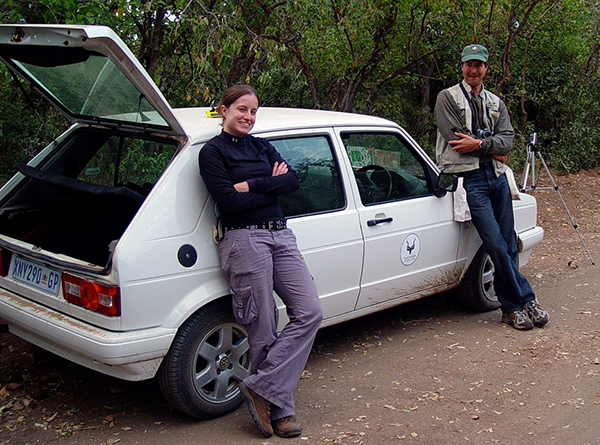 Fortunately, the undergraduate projects in my lab are in data-analysis mode and can be conducted off-campus with guidance through email and Zoom meetings. My Ph.D. student and I are scheduled to begin field work in June, and, hopefully, the current stay-at-home orders will be lifted by then. If not, this may affect some of our efforts at gathering field data, but our field work these days has been aided by the development of devices that can record the ultrasonic echolocation calls of bats, which allows us to determine species presence/absence.

These devices allow us to work alone and simply download the recordings for analysis. However, in order to gather more intimate data on bats, such as sex, reproductive condition and relative age, we must capture and handle them. This requires working together in groups with nets, so this aspect will have to wait until it’s deemed safe. Also, there’s a concern that we might pass COVID-19 to bats that we handle, so we’ll need to develop protocols to alleviate this possibility.

Over the years, we’ve made important discoveries about the biology of bats and we’ll continue to do so. In fact, we recently began a study on winter activity of Colorado bats and found, to our surprise, that not all bats migrate to underground caverns to overwinter. Indeed, some individuals are hibernating in places we previously considered impossible.

Because Colorado is a low-humidity climate, these individuals should die of dehydration if not in a humid underground environment while they sleep for five months. So, how can they do this without fatally becoming dehydrated?

By deploying our sonar detectors, we determined that some bats are ’hibernating' in rock crevices and in rock piles near water sources. Whenever the temperature is above freezing during the day, they come out of these dry crevices and drink water from melted ice on ponds and streams. Therefore, some bats are overwintering at low elevations sites and drinking ice-melt water at night, before it refreezes, to stay alive. This adds a new dimension to the ecology of Colorado bats. Even after 30 years of bat research, I’m constantly amazed as we continue to expose the hidden, but wonderful, world of bats.