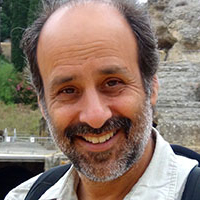 Dr. Stan Luger is a professor and Chair of the Department of Political Science and International Affairs. Before coming to UNC Prof. Luger taught at Russell Sage College in Troy, NY.

Prof. Luger teaches a wide range of course and in addition to his Political Science courses he teaches courses in Environmental Studies and the Life of the Mind program.

Prof. Luger has been actively involved as a citizen of the campus and has served on numerous committees, task forces, and boards and has chaired the Faculty Senate, the Senate’s Welfare Committee, and Salary Equity Committee. He also has chaired the Academic Appeals Board, the Faculty Grievance Committee, the Tenure Appeals Committee, as well as the College of Humanities and Social Sciences Policy and Procedures Committee. Off campus, he has testified before both houses of the Colorado State Legislature.

Before beginning his graduate studies he worked for three seasons as a seasonal forest fire fighter for the U.S. Forest Service in the Olympic National Forest, near Forks, Washington.

He has also published articles in a variety of journals including the Journal of Policy History, Presidential Studies Quarterly, Environmental History Review, and PS: Political Science and Politics and has been an editorial consultant for the Social Sciences Research Counsel.

His teaching has been recognized with numerous awards including the Mortar Board teaching award (1992, 1994, 1995, 1998, 1999, 2005, 2010), the Favorite Professor Lunch Guest (1997) and the Delta Zeta’s Outstanding Professor Award (2007). In addition, his book, Corporate Power, American Democracy, and the Automobile Industry, won the Michael Harrington Award bestowed by the American Political Science Association's organized section New Political Science for the best book published in 2000.