Ethnowise: A text on shock, mindfulness, and culture

Michael Kimball is an anthropology professor at the University of Northern Colorado. With his bachelor’s in Human Ecology, a masters, and PhD in Anthropology, Professor Kimball has been teaching cultural anthropology for about the past twenty years. Cultural anthropology is an introductory level course designed to teach students about culture, cultural processes, culture changes, and methods to compare cultures cross culturally, feeling that this course needed to be more than students memorizing theories and concepts for tests.

“Everyone is conditioned to taking an introductory class in the same way, you expect you’re going to have a textbook, you expect that you’re going to have exams and concepts to memorize but what I  felt I was teaching potentially had relevance not just to our understand of culture but to individual’s lives. The more they were able to get into touch with how they experiencing the world culturally, the more opportunity there was to take advantage of that and make a difference in their own lives and the world.”

Interested in finding a new way to teach the course that resonated more deeply with his students, he started messing around with the idea of “culture from the inside out”. This notion involved seeing how culture affects your understanding of the world and using that understanding to better intercultural and interpersonal relationships.

“First, turning into yourself to see how culture affecting your understanding of the world and then using that understanding to reach out to others in terms of intercultural and interpersonal relationships. I started playing around with that notion and also started asking people (and students) to question their notion of reality, of what they thought to be reality.”

Ethnowise is Kimball’s new, inclusive book trying to teach others to embrace everyday culture shock (a disorienting experience when an individual is confronted with the unfamiliar) and explore their cultural discomfort zones (unknown cultural territory) in a way that could benefit the individual, their relationships, and ultimately their world. Ethnowise is split up into three different parts, the introduction discussing culture shock and the principles that make us human, the second part is the tools to hack your cultural matrix and develop “ethnographic sensibilities”, and the third is a practice to becoming more “ethnowise”.

Culture shock is a disorienting experience confronts an individual with an unfamiliar culture. The first part of the book discusses culture shock, reacting vs. responding to this shock, and the principles of what makes us human. Kimball draws on plot of "The Matrix" (spoiler alert), the people in the movie are unknowingly having their worlds manufactured by evil machine overlords.

“I started to understand that in terms of the movie, “The Matrix” because that was a sci-fi dystopian theme where machine overlords were creating a reality when people were actually in these vats of fluids having their life force drained from them. These machines were manufacturing a reality that they really thought existed. They were in that reality as if it were the real thing when it was manufactured. I started thinking, doesn’t culture do that too?”

Culture is doing the same for human reality. Our perception of the world is selective because of our culture; we only see certain things while ignoring others. Our brain makes a model approximation of the real world. We are inside a cultural matrix, developed not by evil machine overlords (...maybe) but by what we have learned and experienced over time through our five senses and our relationships with others.

As Kimball’s book argues, our reality is culturally conditioned, meaning cultures condition people to react to the unfamiliar or different views as a threat. There are two different kinds of threats; one is realistic, the other symbolic. A more realistic threat is, an individual’s life or livelihood is attacked or endangered. A symbolic threat is, an individual feels that their worldviews are being attacked. The brain cannot tell the difference between a realistic and symbolic threat. With a symbolic threat, the individual is going to feel as though the attack was on them and react. There are four classic reactions: fight, flight, fright, and freeze. Everyone is conditioned to react in a certain way when faced with a threat and our brains have trouble telling the difference between a realistic and symbolic threat. That is where mindfulness practices come in.

“Mindfulness is about stopping and paying attention to that and saying where is that coming from. You realize it’s not you controlling it. Your own thoughts are happening on their own. Your mind has a mind of its own with observations, judgments, reactions, etc.”

Instead of reacting you are responding. Mindfulness practice gives individuals different techniques, such as mindfulness meditation and mindful awareness, to teach yourself to notice how the mind and body are reacting to a threat without reacting right away. It creates a curiosity about one’s cultural conditioning, where those thoughts and feelings are coming from.

Realizing the importance of engaging students in discomfort began Kimball’s own journey of discomfort by beginning his own mindfulness practice about five years ago. He, personally, has seen the fundamental affect the practice has had on his world and in his interpersonal relationships. He felt that in order to write his book, he needed to be able to teach others about mindfulness instead of just providing a perspective. He received a mindfulness teacher certification through the Center for Koru Mindfulness.

“The example I use is if you sit on a tack. The pain draws your attention to the place where you sat on that tack. Did you have control or did it go there on its own. (Castilleja: It went there on its own) Exactly, there is no purposefulness. Life is like that. If someone puts on chocolate donut in front of me, my mind is going to riveted on how I’m going to get that donut in my mouth because I have a strong relationship with chocolate donuts. That’s not intentional that is just what happens. There’s no control, we pretend that there is but there isn’t.”

The book draws on the ideas of neuroscience, psychology, anthropology, and mindfulness practice. These disciplines naturally mesh well. Giving fundamental principles about being human, as well as the similarities we share across differences. Kimball gives the example of tribalism, that as human beings we are more inclined to be inclusive of those who are more like us than the opposite. He draws on social psychologist, Jonathan Haidt’s notion that the brain is prewired, meaning the brain is flexible and can be changed and his hive switch theory. New literature on a topic called Neuroanthropology, discusses how the brain is inculturated through experience, and the neuroscience of mindfulness, noticing your tribalism, and working against it, the pre-wiring of the brain is flexible.

When it comes to globalization of western ideas through forces like economics, people are more interested in maintaining a monolithic view of the world. For societies in developing nations, western technologies will influence the way they see the world. They are either going to accept this new idea or they are going to accept only what pertains to them and reject the rest. There is a struggle in the world against this homogenization process because people see it as a threat to their worldviews and beliefs, preservation of a certain way of life is not always a positive thing. It is a reaction, like the reaction vs. responding idea, but on a collective level. They are reacting to a realistic and symbolic threat, this pocket of resistance have enough power to influence their society.

With his new book, Kimball hopes to help his readers to embrace culture shock through mindfulness meditation and awareness in a way that is beneficial to their individual experience, by seeing things differently and appreciating more in the moment. While helping to improve relationships by noticing how people interact differently with you and how you are affecting people in a way that you took for granted before. Ethnowise is your guide to turning culture shock into connection and becoming comfortable in the uncomfortable. 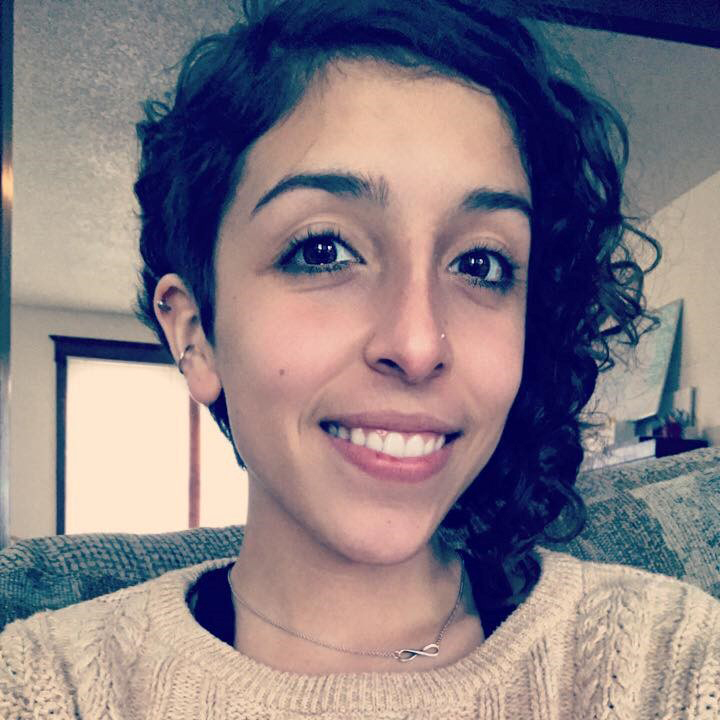 Danielle Castilleja loves hiking through Colorado and the occasional Netflix binge. She is an Anthropology major and recent UNC graduate. Danielle loves anthropology because it gives her the opportunity to work with a variety of different people and different viewpoints.