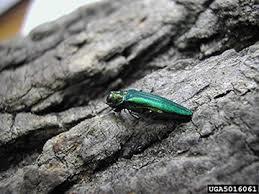 The Threat to Ash trees

Emerald Ash Borer will kill all Ash trees-100% and can only be controlled with the use of pesticides. Emerald Ash Borer is the single most destructive pest of the Urban and Campus Forests in the United States. This insect has been destroying the Ash tree populations in the Eastern United States since the 1990’s.

History of EAB in the United States

EAB was first detected in Michigan in 2002, but had been present in the Native forests for a number of years. It only became noticeable until urban landscapes starting losing significant Ash trees. The Eastern United States has been dealing with this problem for quite some time and seemingly had stopped upon reaching the relatively "treeless" Great Plains a natural barrier to the spread of this insect.

But in 2013 EAB was detected in Boulder County, CO with no evidence of spreading from the Eastern United States. It is strongly suspected that someone transported infected Ash wood (firewood) to Boulder, Colorado. So now it is here.

Ash trees at the University of Northern Colorado

In 2012 a Tree inventory was completed on the campus. At that time there were 450 Ash trees. Ash trees comprise about 17% of the total trees on the campus. If the university were to treat all these trees it would amount to $18, 900 per year and over an estimated 30 years life of the tree this would amount to nearly $567,000. This is based on an average of a 12-inch diameter tree.

EAB Strategy at the University of Northern Colorado

Currently EAB has not been detected in Weld County. The US Forest service has placed a quarantine in Boulder County to contain the spread of this insect, but knowing that it will eventually escape into other regions. It is not a matter if it is going to get here, but when.

So in the meantime, the City of Greeley Forester places a pheromone trap for early detection and we also perform branch sampling of random ash trees. Any discovery must be verified by the Colorado Forest Service. There are many other native insects that have similar metallic emerald coloring that is often mistaken for Emerald Ash Borer. 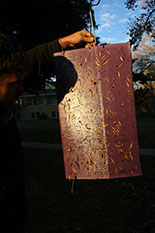 The Primary strategy at UNC is to begin removing ash trees and replacing them with other species of trees. Since 2013, the university has removed 110 ash trees. The initial removals were trees that were in poor health or were in conflict with power lines. The second round of removals were trees that were closely-spaced (10 ft) with other trees, when the recommended spacing is 35 feet.

The overall goal is to reduce the population of ash trees to 225 by the year, 2020. Currently the university has about 115 ash trees yet to remove in the next 3 years. Those tree removals will again include those trees in poor health and smaller diameter trees. The plan is to preserve and treat those old growth ash trees that we so admire and that provide great value to the campus landscape.

Since 2014, the university has invested about $63,000 in the removal and replacement of Ash trees. 73 trees have been planted to replace those ash trees removed. As the University continues its program of remove and replace, the university community must realize the ultimate goal is to minimize treatment expenses as well as to avoid wholesale devastation of our campus forest and canopy. 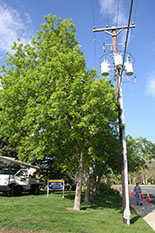 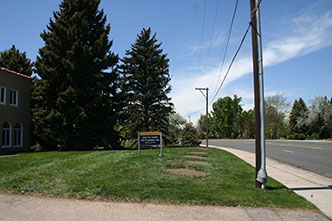 Please take the time to see the EAB Greeley 2017 Power Point Presentation for more details of the Emerald Ash Borer threat in Colorado.