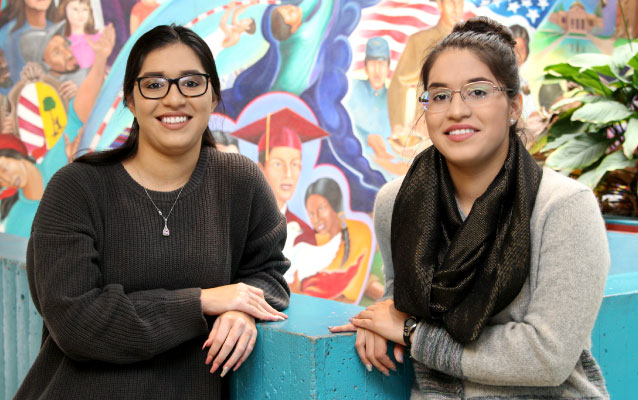 “My twin sister and I never really had a stable place until we started college,” says Sandra Toca. “Being an independent student with no support from family has been hard. I consider the amazing people behind philanthropic giving at UNC as our guardian angles. There are no words to describe how grateful I am to them for the support I’ve received. Because of their generosity, one day I will make a difference in the world.”

When Sandra was a child, she didn’t believe that there were people willing to give support or help others. But that changed when she and her twin sister Cassandra came to UNC.

The Toca sisters were offered donor funded scholarships and that became the moment when Sandra’s outlook began to change. For the first time, she realized that strangers were willing to help and support students like her complete a college education.

“As a current senior, I feel their generosity has brought me closer to obtaining a college degree,” says Sandra. “Applying for scholarships has been a huge help because it allowed us, for the first time in our lives, to have a stable home and get closer to finishing our education.”

“Thanks to UNC I was able to become a mentor, advocate and a leader in my community and on campus,” says Cassandra. “These are things that have helped me to become a strong, confident and determined individual. It taught me to see that I do have a passionate drive for helping others that are underrepresented in my community and all over the world.”