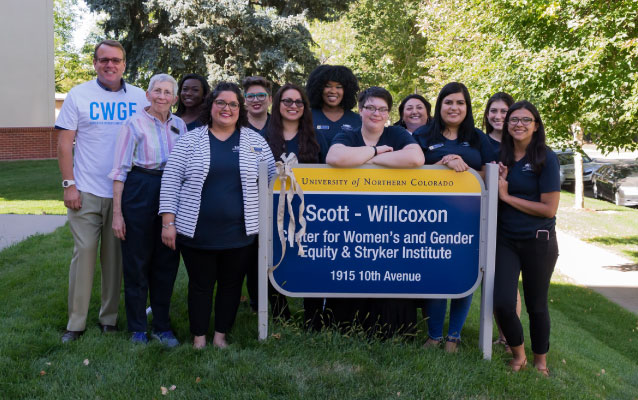 It's Women’s History Month, and this March the UNC Center for Women’s and Gender Equity has a special reason to celebrate.

Formerly known as the Women’s Resource Center, this year marks the center’s 25th anniversary. Serving as a resource for inclusive support specific to women's and gender issues at UNC, the center has helped hundreds of students like alumna Andrea Rascon ’13 find their way.

As a first-generation student from Grand Junction, Rascon felt homesick and alone when she first arrived at UNC in the fall of 2009. 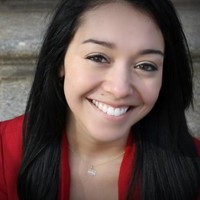 Luckily for Rascon, the Center for Women and Gender Equity changed that. After accepting a work study job with what was then known as the Women’s Resource Center, Rascon quickly found her niche.

“I was exposed to different events on campus that taught me about gender issues and social justice causes and things that I became really passionate about. So that was really exciting for me,” Rascon says. “I never really experienced that growing up, so just getting to be a part of this community, especially when I was feeling so alone initially, was great. They really became family for me, and I’m still connected with them to this day.”

Now an academic coach with the TRIO program at the Community College of Aurora, Rascon is positioned to help other students who may be struggling with the transition to college life.

“I honestly probably wouldn’t have gotten here without the people I had supporting me at the WRC. They helped me get into the McNair Scholar Program, and then my research led me to choose my career. Having those mentors at the WRC helped me stay confident in the direction I was heading,” Rascon says. “Being a first-generation student, especially at a predominantly white institution, feeling completely alone, it was really important for me to get involved. Honestly, it helped me stay in school. I was definitely exploring transferring back home, but making those connections at the Women’s Resource Center, kept me in school and led me to where I am today.”

Which is exactly why she wants to take this opportunity to say ‘thank you’ and encourage others to do the same.

“25 years is huge and they deserve to be celebrated not only this year, but each and every year just because of the way that they connect with students and the community. It’s so exciting and it’s probably going to go on for four times that or more. I’m sure,” Rascon says.

The Center for Women’s and Gender Equity invites you to celebrate with them at the 25th Anniversary and Annual Recognition Reception on Tuesday, March 26, 2019. As part of the celebration, they’re also inviting alumni to share memories and through this online form. If you’re interested in attending the 25th anniversary celebration, you can register to attend here.