2018 Colorado Teacher of the Year

2018 Colorado Teacher of the Year 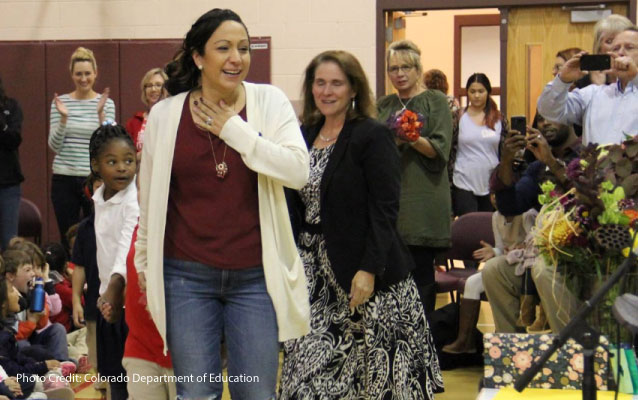 Excitement and surprise marked the moment University of Northern Colorado alumna Christina Gillette Randle learned she was named as the Colorado Teacher of the Year.

Randle, a first-grade teacher at Soaring Eagles Elementary School in Harrison School District No. 2, was selected as the state's best educator. She, along with her students and colleagues, learned of the news during an all school assembly with Colorado Education Commissioner Kathy Anthes.

Randle follows a long list of fellow UNC alumni to receive the distinction, but she is the first from her home district to be honored.

Randle earned her UNC degree in 2003, studying elementary education and middle school. She has taught with Harrison School District No. 2 for 14 years.