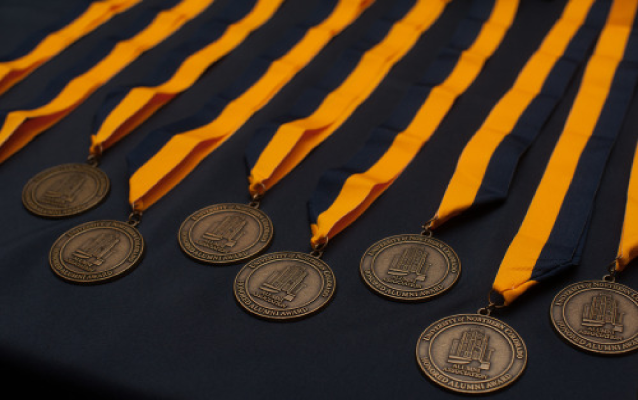 The University of Northern Colorado Alumni Association has announced its 2017 Honored Alumni, continuing a 70-year tradition of the university recognizing the accomplishments of its most distinguished alumni. Honorees will be recognized at the Honored Alumni Award Ceremony on Saturday, March 25 at the University Center Ballrooms.

Jim Alexander ’69 has dedicated his life to serving the people around him while also running his business. Alexander Roofing has been one of the top companies in the Roaring Fork Valley since 1977. For decades, Alexander has supported his community through the local high schools as a teacher, coach, and booster club member as well as through his church as a Bible study leader and advocate for single moms and widows. He has completed extensive service for orphanages and prisons in Juarez, Mexico and has facilitated student exchange programs that extended into international relationships with parents. Alexander has been inducted into the UNC Athletics Hall of Fame with the 1968-1969 wrestling team and as an individual.

Timothy K. Bradley ’80 is the founding partner of Stratagem CPA, a top 400 firm in the United States. As a licensed CPA with more than 36 years of experience as a business advisor, Bradley focuses on the needs of owner-managed and family-owned businesses across a variety of industries. He is active in the community, having spent time on several advisory and foundation boards. Bradley currently serves on the University of Northern Colorado Foundation Board where he chairs the Investment Committee. Keeping close ties to the Monfort College of Business, he recently led an alumni‐driven effort to establish the Allen McConnell Distinguished Chair in Accounting and employs many UNC graduates at his firm.

Fritz J. Erickson ’84, ’87 is the current president of Northern Michigan after spending time as a professor, department chair, dean and provost at other universities along the way. Erickson has written more than 40 books, many co-authored with UNC faculty. He launched the Center for Educational Technology, Research and Assessment as department chair of Psychology and Education at Michigan Technical University and established the Center for Latino Studies while provost at Ferris State University. Erickson has created partnerships in other countries and worked with the US State Department to create opportunities for students. He was also the founding president of the National Alternative Education Association.

Bob Heiny spent 48 years as a faculty member and administrator at UNC, becoming an icon across campus. He taught in the math department from 1968 until his passing after the 2016 academic year, and he spent nearly three decades as the university’s faculty athletic representative to the NCAA. Throughout Heiny’s career he earned many accolades from the university for excellence in teaching, advising, and service. Heiny lived a modest life and directed much of his money to support the university. He set up a scholarship in memory of his late wife Linnea and donated a naming gift for the golf offices. Heiny was known across campus for his warm heart and mentoring of colleagues and students alike.

Bruce Pearson ’69 has been an international leader in band music education for more than 30 years. His Standard of Excellence materials are the definitive pedagogical method for new musicians, with most school band programs in the United States using these books to teach new musicians. His new contribution, the Tradition of Excellence Comprehensive Band Method, is a performance-centered curriculum that seamlessly blends time-tested and innovative pedagogy with cutting-edge technology. Pearson has also created materials for jazz ensembles and music theory instruction, in addition to his numerous compositions for concert band and jazz ensemble. He has more than 50 publications to his credit. Pearson is a composer, arranger, conductor, and teacher of band music who has held clinics in all 50 states and internationally. Pearson has received several prestigious national awards for his work and has created a scholarship for band students at UNC intending to become music educators.

To RSVP for the March 25 ceremony and dinner, please visit the Honored Alumni website. A full listing of past honorees is also available online.