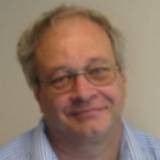 My research is in the area of nonstandard analysis, which could be described as a method for applying concepts from logic to other branches of mathematics. I have worked on applying these methods to obtain results in such areas as combinatorial number theory and continuum theory.

I am also interested in the teaching and learning of mathematics, and have given some talks about ways to enrich the mathematical curriculum at the elementary, middle school, high school and college level.  I have worked with high school teachers in the Adams 14 district and with elementary and middle school teachers in Eagle County and other districts, in a professional development setting.

I would be happy to discuss any of these issues, mathematical or educational, with anyone who is interested.

A Lebesgue Density Theorem for nonstandard cuts and an application to additive number theory, Colloquium at the University of Pisa, March 2014

A nonstandard approach to fixed point problems in the plane, Chico Topology Conference, Chico, CA May 2012

Some questions and answers about “fixed point traps” in the plane, AMS Sectional meeting on nonstandard analysis, Honolulu, HI,  March 2012

An example of the use of nonstandard methods in continuum theory, Chico Topology Conference, Chico, CA,  May 2010

An introduction to nonstandard methods in the plane