The School of Music welcomes a Bluegrass and Folk program to its notable circle, creating space for a diverse soundscape

Nancy Padilla recalls her daughter, Natalie, at age 2 watching her on stage and pretending to play the fiddle with a couple of sticks.

But that moment was important because it confirmed what Nancy hoped: Natalie was born to play music. Nancy, a professional musician, began to teach her daughter Texas-style fiddle.

When Natalie was 6, she was named the Montana State Pee Wee Fiddle Champion. She won many titles as a kid, and in high school, and she began to think about a career in music. She came to UNC as an undergraduate and graduated with a music degree in violin performance in 2011 — with the goal to become a violin professor and teach at a university.

So when Michael Alexander, director of UNC’s School of Music, called her a year ago to ask her about teaching for a new program, it was a step toward her dream — but on a slightly different path. She’s returning to UNC this fall to teach violin, but it won’t be in classical music. She and four other faculty members will teach folk and bluegrass.

The decision to bring bluegrass to UNC caused a stir, especially given the School of Music’s national and international profile. UNC is now going to be one of the few public universities to allow musicians to focus on mandolin, fiddle, folk bass, flatpick guitar or banjo as a primary instrument.

But the idea is for UNC to expand beyond the three traditional disciplines of band, orchestra or choir. UNC, Alexander says, should be looking for outstanding musicians regardless of the genre in which they are making music. “We support great music and art in whatever form it manifests itself,” he says. “Bluegrass is a piece of the musical heritage of our country. We should honor it as a university, particularly when there is a thriving folk and bluegrass scene in our region.”

The offering isn’t as divergent as it appears. Although the bluegrass tradition is largely taught by ear, the students will still earn degrees in one of the school’s existing degree tracks. There are five part-time bluegrass faculty members, but there are 70 faculty in the School of Music. Some of the best music schools in the country, including Berklee College of Music, have already embraced bluegrass. 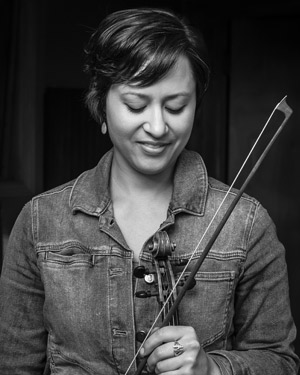 Other New Programs at UNC

The offering isn’t as divergent as it appears. Although the bluegrass tradition is largely taught by ear, the students will still earn degrees in one of the school’s existing degree tracks. There are five part-time bluegrass faculty members, but there are 70 faculty in the School of Music. Some of the best music schools in the country, including Berklee College of Music, have already embraced bluegrass.

“This program offers a unique opportunity for students to be involved in many styles,” Padilla explains. “Most people find that bluegrass and folk music is way harder than it seems at first, and even more difficult to execute effectively.”

Alexander is hoping the new program raises the level of musicianship across the school. “I think it provides for a more musically diverse place,” Alexander says. “I hope that our classically trained students improvise and fiddle, and I hope our fiddlers can play the printed page.”

Padilla’s repertoire reflects that diversity. She plays as the associate concertmaster for the Greeley Philharmonic Orchestra, and she also founded a modern acoustic bluegrass band, Masontown. When she came to UNC, she spent a lot of her time playing Irish music with Blayne Chastain, the music director for St. Patrick Presbyterian Church in Greeley. She also released a solo album this spring. She calls her own music a mix between Irish, bluegrass and oldtime. She’s passionate about writing original music inspired by these styles.

“That’s my happy place,” Padilla says. “I love taking a tune and making it my own.”

That diversity will serve her well as the fiddle instructor at UNC. She says the life of a modern musician isn’t about one steady gig. You have to be a business person, and a promoter. It helps, too, to be able to play all kinds of music. That’s why Padilla doesn’t see a huge difference between teaching bluegrass or more traditional classical music lessons, and she continues to teach both privately.

Technique is a serious piece of any lesson, she says, and getting a good sound from a fiddle or a violin — and there is no real difference between the two — is more than half the battle.

“You’re teaching someone how to practice in your lessons,” Padilla says. “I don’t think that should be wildly different from style to style.”

Before she starts a first lesson with new students, she asks a question: What is your goal? Then she tailors her instruction to the answer. That’s partly why she loves teaching.

“I really love sharing music,” Padilla says. “When you get to the point where they really enjoy it and can share and express what they love, that’s the most rewarding thing as a teacher.”

Of course, she will teach her UNC students how to hold their own in a jam session and play in one of UNC’s bluegrass ensembles. “Simply taking lessons, learning tunes, and playing these unique styles with others will prepare and teach students the deep traditions of this style,” she says. When they leave UNC, they will be ready to go out and book gigs of their own. But along the way, if Padilla has her way, they will become better players, period.

“I’m not going to make them focus exclusively on bluegrass,” Padilla says. “If there’s something else to study, I’ll be open to it. I think that’s the unique thing about a new program. I don’t know how it will work. It doesn’t exist yet.”

But it will this fall, as UNC welcomes students to the new program.

“I’ve always wanted to teach at a university level,” Padilla says, “Not only do I get to fulfill that dream, but now I’ll be teaching the music I’m most passionate about.”