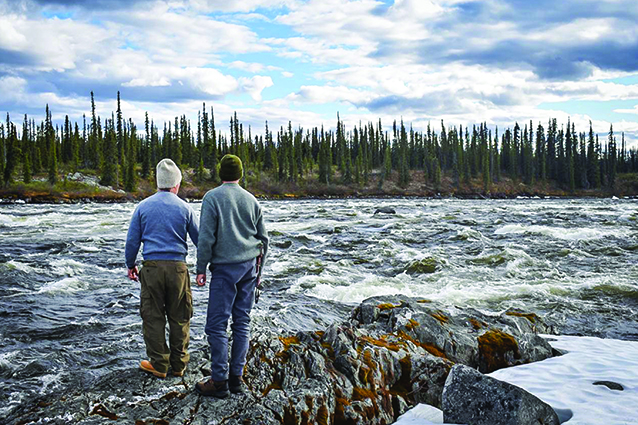 Life above the Arctic Circle isn't always as cold as you'd expect. After a six-week kayak trip through the Canadian Arctic this summer, Jane Allen, a senior at UNC can attest to that.

"The day we crossed into the Arctic Circle, I was wearing a tank top," she says. During the few hours of darkness during the Arctic summer nights, Allen felt a chill in her tent. But on many days of her trip to the Arctic this summer, the temperatures were in the mild 40s, 50s, and even 60s.

Allen was one of the five UNC students who joined James "Jimmy" Dunn, Ph.D., professor and chair of the department of Geography & GIS, on a 290-mile river trip on Canada's Coppermine River, during which they conducted research about how a changing climate is affecting spruce trees. The project was funded in part by a grant from the Hewit Foundation.

All that preparation allowed them to witness an environment many people never experience: Wolves, swans, muskox, grizzly bears. Fields of wild berries. Water so clean it can be consumed without filtration.

"The amount of ice you'd see melting and breaking off and falling into the water was truly amazing," Allen says. "It changed my perspective."

They followed a route Dunn traveled 40 years ago. Notes from the previous trip allowed the students to compare data from 1977 to what they found on their trip this summer.

Dunn predicated that, as global temperatures have risen, trees would be growing farther north than before and would be producing viable seeds and seedlings. 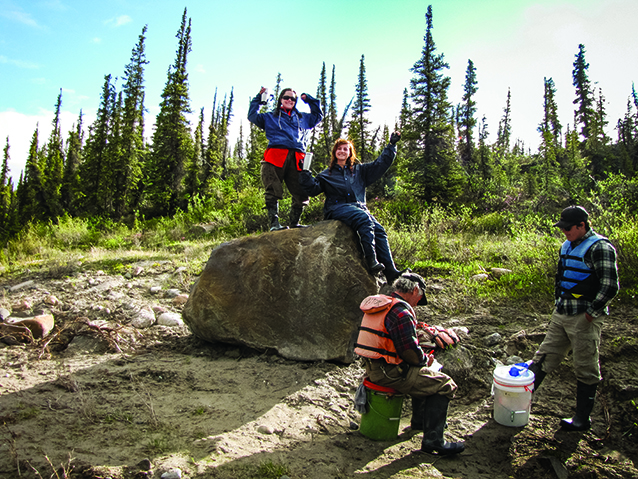 "If the world's climate is changing, and the far north is predicted to be warmer than ever before, we should see plants responding," Dunn says. And the Arctic's temperature has been increasing, according to a number of sources, including the Danish Meteorological Group.

In a cold environment, spruce trees survive by forming genetically identical clones. The clones form in clusters, which can survive for hundreds of years. But in warmer temperatures, new, genetically distinct seedlings are able to form. The seedlings grow farther away from their parent trees and stand as single trees.

On this summer's trip, Dunn and the students observed spruce trees and collected spruce cones from different latitudes. The students kept journals of their observations and compared them to Dunn's notes from the 1977 trip.

The group found that spruce trees seem to be responding to a warmer climate: Spruce seedlings were growing 70 miles north of where they were spotted 40 years ago. Some seedlings are even growing north of the Arctic Circle. The group also brought seeds back to Colorado to study whether they are viable, which would provide more evidence that spruce are responding to a warmer environment.

Students will share their experiences as "ambassadors" of geography in Colorado high schools. Each student will give 10 talks about the trip and the research they conducted.