The Bresnahan-Halstead Center is committed to work for the advancement of knowledge and quality of services for people with disabilities and their families through:

The Center works in partnership with various agencies in Colorado, the nation, and internationally to achieve these missions.  The Bresnahan-Halstead Center operates within its established bylaws.

Download these valuable guides to resources and tips for teaching students with disabilities not only during the pandemic, but beyond:

We were unable to offer face-to-face conferences during the Summer of 2021 due to the COVID pandemic.  However, we are planning a Summer of 2022 Special Education Leadership Academy in Vail in July.  Check back soon for more details regarding the 2022 SEDLA.

The Bresnahan-Halstead Center was established in 1994 as a result of an endowment established at the University of Northern Colorado by Charles Bresnahan and his wife Mary.

Mr. Bresnahan provided the endowment to honor his grandson, Trent Halstead, who died in 1993 at the age of 33. Mr. Halstead was identified with Fragile X Syndrome, an inherited abnormality of the X chromosome, causing disabilities ranging from mild to severe intensity.

Charles Bresnahan was well known in the Colorado business and athletic worlds. He was inducted into the Colorado Sports Hall of Fame in 1992 for his achievements as a four-sport star at Colorado A & M (now Colorado State University) and for his longtime work as a referee in several sports. He also had a successful career in Denver area real estate. He died in 1995 at the age of 96. 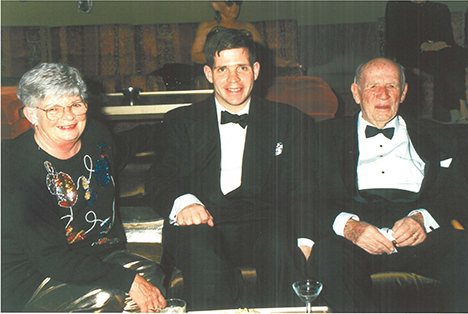 Go On And Learn

The Bresnahan-Halstead Center at the University of Northern Colorado is excited to partner with the Colorado Initiative for Inclusive Higher Education (IN) and the state of Colorado in designing and piloting one of the state’s first higher education programs for students with intellectual disabilities, GOAL (Go On And Learn). GOAL is a residential four-year certificate program designed to enroll students with intellectual disabilities each year into college courses modified by UNC GOAL staff, students, and volunteers.

How Can the Bresnahan-Halstead Center Support You?

The Bresnahan-Halstead Center can support you in the following areas:

The Center seeks to increase the knowledge and skills of professionals who work with students with disabilities for the purpose of improving the academic, social, emotional, and vocational outcomes of individuals with disabilities.

The Center seeks to create and support partnerships with professionals and organizations that work with students with disabilities to improve the academic, social, emotional and vocational outcomes of individuals with disabilities.

The Center provides funding on an annual basis to assist faculty in the School of Special Education at UNC to conduct research that is aligned with the mission of the Center.

The Center is committed to assisting students in pursuit of their doctoral degree in the School of Special Education at the University of Northern Colorado by providing academic scholarships/financial assistance to a full-time student.

The Center provides support for travel to professional conferences to faculty in the School of Special Education at UNC or members of the Center's Advisory Board to present and share their research that impacts the field of special education.