Africana Studies boasts faculty and students doing outstanding work both in and out of the classroom.

Each year, every program in the College of Humanities and Social Sciences selects outstanding students to recognize at the annual Honors Convocation in April. 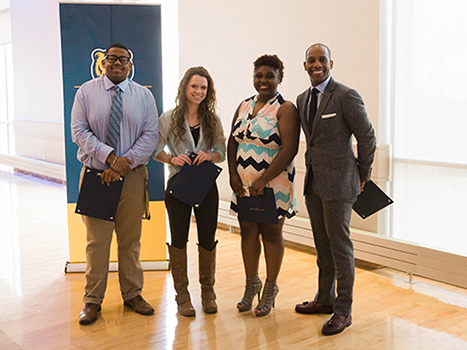 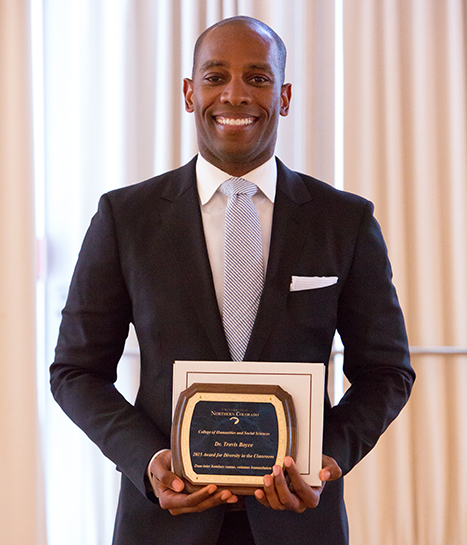 2015 Diversity in the Classroom Award

Dr. Travis Boyce, Program Coordinator and Associate Professor of Africana Studies, was recognized by his students and the Diversity Advisory Board in 2015 for the Diversity in the Classroom Award.

Students are asked to nominate their professors for this award at the beginning of each Spring semester. Learn more about the Diversity in the Classroom Award on the College of Humanities and Social Sciences website.

The University of Northern Colorado also awarded the Department of Africana Studies the Distinguished Service Award on November 15, 2002. The award was given to the department in recognition of its exceptional leadership and its devoted support of the McNair Scholars Program.

Past Faculty Awards and Recognition