A Walk Through Paradise

A Walk Through Paradise 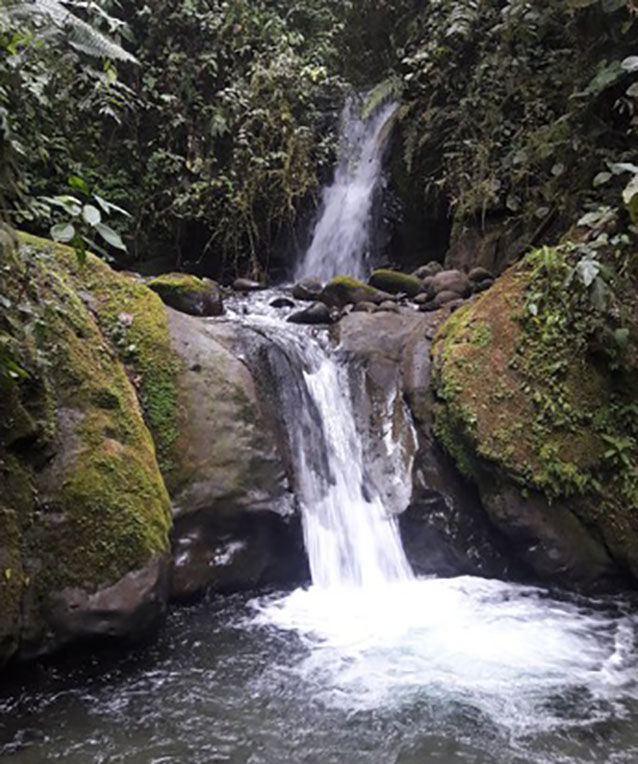 My first impression as I awoke from a nap on the bus ride to Mindo, Ecuador was that I had been transported to the island of Kawai, Hawaii, somehow. The tranquil tropical atmosphere of the town only added to this illusion, not to mention the humidity that had been a non-factor in Quito where we had previously been. After checking into our hostel we split into groups, and I choose to go on the Rio Nambilla waterfall hike through the cloud forest with some friends and Professor Shellito. After a 30-ish minute ride in the bed of a taxi truck with Louis, we reached the valley overlook that had to be crossed in the sketchiest gondola you have ever seen. 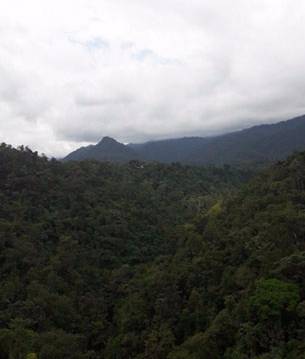 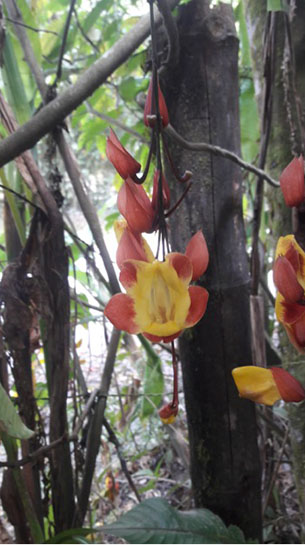 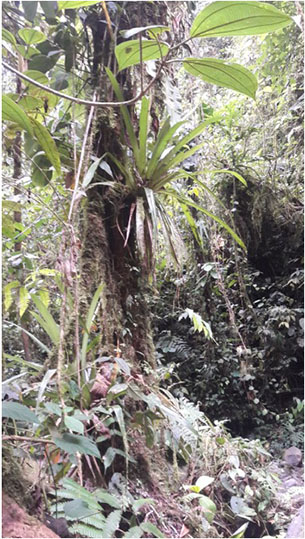 As we continued to the floor of the valley, the sound of water became audible over the other sounds of the forest and we knew we were close to the waterfalls. As we approached the first set of waterfalls I heard other people speaking in English, and noted a Colorado hat on someone’s head, so I asked them where they were from. He said they were from San Diego, California (my hometown) which was pretty wild, so we talked for a while about travel and where they had been and were going. They eventually left the waterfall swimming hole so we got in. Louis and I went towards the larger waterfall the get a good photo op, which is where the set of pictures comes from. Our guide dog had come all the way with us and was ready for a swim and some attention too, but Louis lost his balance! 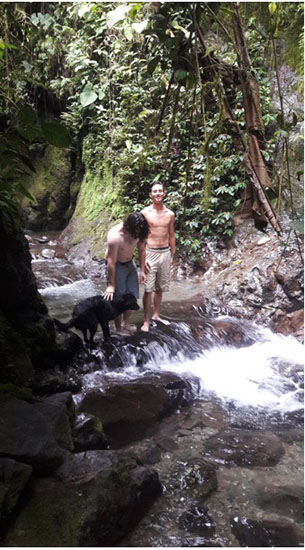 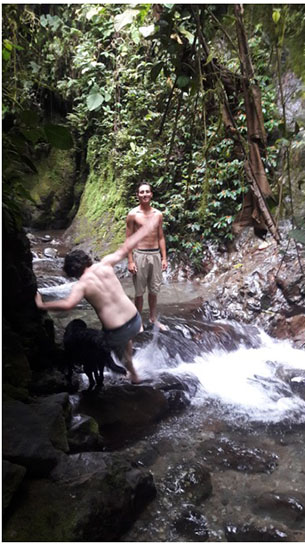 After we all took some pictures and scientific readings we decided to continue to the final waterfall on the hike. This waterfall was actually two waterfalls - we found out after arriving to it, and I remember thinking about how the area would look during the wet season. The amount of water flowing through the area must be immense, based on the deep V-cut valleys and debris on the high banks of the river.

After looking around and taking pictures we headed back up the trail the way that we had come, which was much more difficult than the way down. The sun had come out by the time we began our ascent, and with it, the humidity also climbed, making the last stretch of the hike almost unbearable, but well worth it once we summited the mountain. After saying good-bye to our guide, Doggo, we all loaded up the sketchy gondola and rode back to the other side on the valley where our taxi waited for us. This experience was one of the highlights of my Ecuadorian experience by far, though it was really hard to choose it to write about over our Cotopaxi hike!