An American in Ecuador

An American in Ecuador 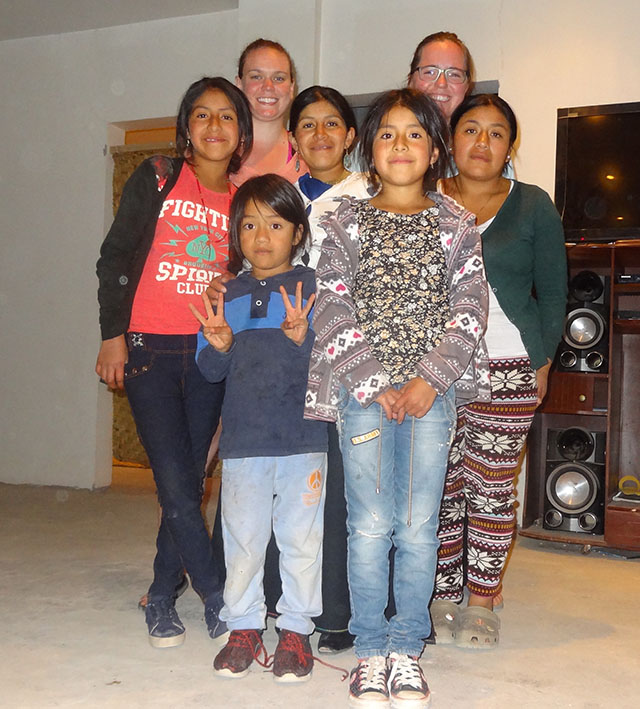 For me, traveling to Ecuador for a study abroad trip was a life changing experience, as I think it is for most students who study abroad. By life changing I don’t mean that I came back to the United States as a completely different person or that this trip has completely changed the trajectory of my path in life. Just that my point of view on the world and of myself has been subtly shifted in ways that are hard to pinpoint down without reflection. Here I will explain what this change has been and why I think traveling to Ecuador caused it. 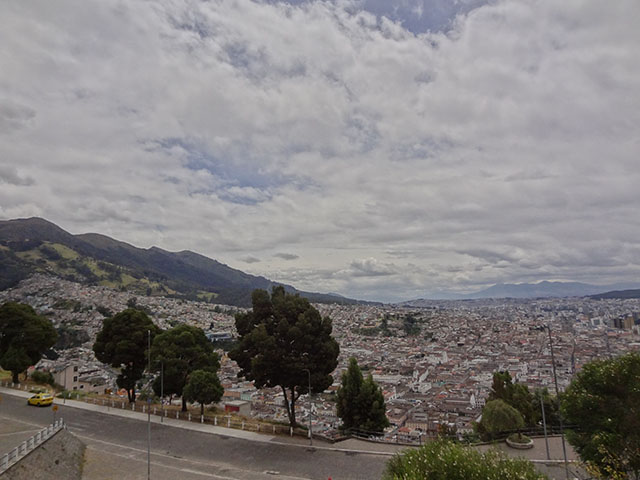 When I was initially writing this blog post I wanted to talk about my favorite memory of the trip, but I found that nearly impossible. We were in Ecuador for a relatively short time (two weeks) and I had a new, exciting, sometimes challenging experience every day. I couldn’t decide if I wanted to write about exploring the capital city Quito, or hiking an active volcano, or the giant bugs we had to battle every night in the Amazon Rainforest. It just didn’t feel right to me to talk about a single activity we did and I could not explain why. I finally came across the inspiration I needed when I read this quote about travel by one of my favorite authors, Mark Twain:

“Travel is fatal to prejudice, bigotry, and narrow-mindedness, and many of our people need it sorely on these accounts. Broad, wholesome, charitable views of men and things cannot be acquired by vegetating in one little corner of the earth all one's lifetime.” – Innocents Abroad

Reading this quote made me realize that I needed to reframe the way I was thinking about my study abroad experience. The reason that writing about the activities we did on the trip did not feel right to me was because they were not what left the biggest impact on me – it was being inside the Ecuadorian culture.

Culture is something that is all around us and in everything we do. You can’t really notice your culture until you step outside of it. I think it is the experience of being an outsider and being forced to see the world from a new perspective that is fatal to the prejudice that Mark Twain was talking about.

I can recall many times where I experienced a perspective on life different than my own but the one that stands out to me the most was when we stayed with a Kichwa family in the Agato community. The Kichwa are some of the indigenous people of Ecuador and, in general, their pace of life is very different than my own. In many ways, they live harmoniously with nature and with their animals which is different than a typical American household. I remember being shocked when I heard that some families had chickens, sheep or even cows sleep in their houses. I also saw farmers plowing their fields using cows and then going in and planting their crops by hand. 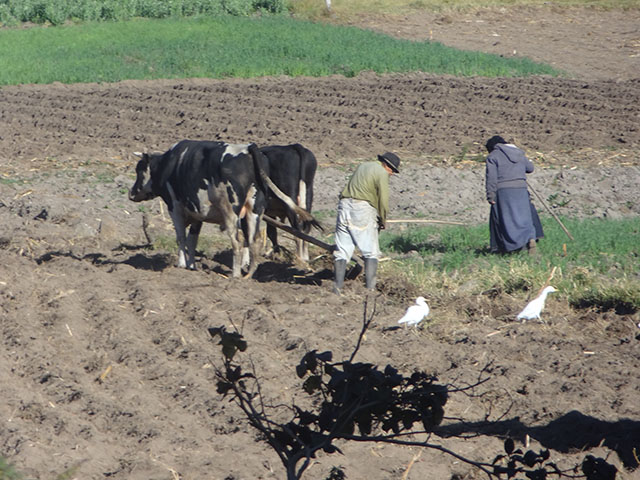 Their sense of community and of family was very strong and they went above and beyond in sharing their language, food, religion, and traditions with total strangers. There were also times when I felt like total outsider such as when we got lost trying to find our way back to the house we were staying at. I epically felt like an outsider when members of the family we stayed with would talk to each other in Spanish or Kichwa and I had no idea of what they were saying. As a white American who is only fluent in English I had never known what it felt like to not be able to communicate with the vast majority of people.

While traveling gets you outside of your own cultural bubble and makes you experience perspectives different than your own, it can also reveal just how much we humans can have in common. Considering just how different the Agato community was to my own community I was surprised to learn that the kids in the family we stayed with loved Disney movies. We watched parts of Frozen, Moana and Mulan II in Spanish together. We also played the same type of games we have here in America like duck-duck-goose and soccer. I remember thinking that the way I saw the kids interacting with each other and the way they interacted with us was exactly like the dozens of American siblings that I babysat for in high school. I think that realizing you can have a lot of things in common with people who are very different than you is another way that travel will give you “broad, wholesome, charitable views of man.” 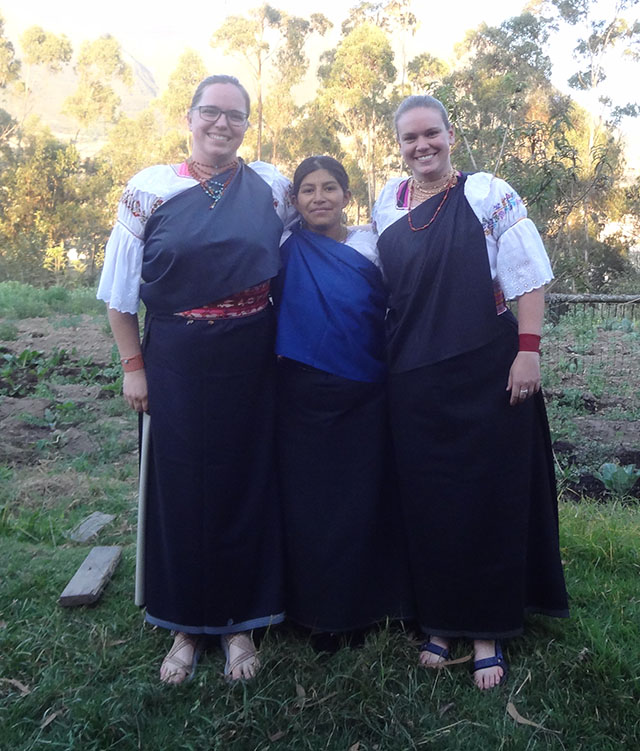 I wanted to find out if anyone else who had traveled abroad had also connected with the Mark Twain quote the way I had, and after doing some searching, I discovered that a research paper was published on this exact subject. Prompted by Mark Twain’s Innocents Abroad quote, Coa et al. (2013) used five different experiments to see if travel gave people more charitable views of mankind. Specifically, the researchers looked into “generalized trust”, which is not just trust in one specific group but humanity as a whole. It can also be defined as “the belief in the benevolence of human nature.” The study had over 700 participants (most of them undergraduate students). Some of the studies had participants play a trust game where they got to choose how much of $10 they would send to another “player” (in reality all of the participants were senders). The amount they sent would triple in value for the receiver who then decides how much money to send back. The idea behind the experiment is that the amount of money sent by the participant indicates their amount of generalized trust they have for a stranger. The experiment found that those who had visited a higher number of counties tended to be more trusting.

The researchers repeated this experiment but modified it by having the participants randomly divided into two groups, who were then asked to recall either a broad foreign travel experience (a trip that involved more than two countries) or a deep travel experience (a trip where they spent a significant amount of time in one country). The results showed that those in the “breadth” group sent significantly more money than those in the “depth” group. Overall the researchers found that those who traveled more places tended to become more trusting. Additionally they found that those who traveled to places less similar to their own country became more trusting. You can access the journal article here, if you would like to check it out for yourself.

After reading this paper I was pleased to learn that the results were in line with what I had experienced. I found it surprising that breadth played a much more significant factor in people’s trust than the depth of their experience. Perhaps this is why I felt like writing from a broader perspective about my experience in Ecuador instead of going in depth about one specific activity.

I hope that everyone gets the opportunity to experience a different culture the way I did. There are many complicated problems in the world and I don’t know how our society can hope to tackle them unless more people are able to trust those that are different from them. I am grateful for my experiences in Ecuador, when I was made very uncomfortable because I was an outsider and I didn’t understand the culture or I was not able to communicate. It made the things that we shared in common even more beautiful.

I went into this trip thinking that the activities that I did would leave the biggest impression on me, but in the end it was really the people of Ecuador and their culture that I will carry with me for the rest of my life.