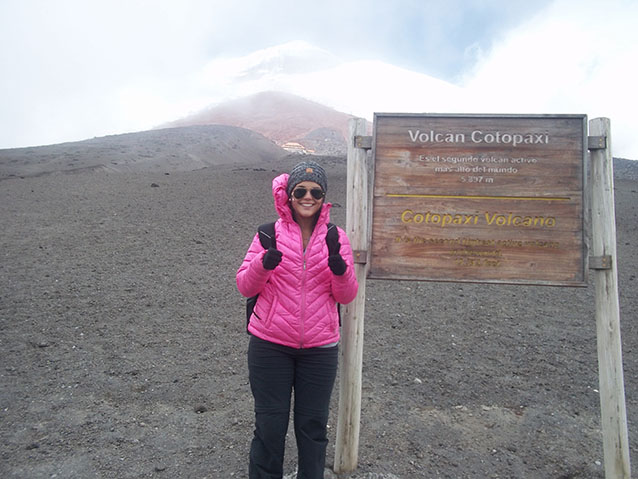 I have never been very good at riding a bike. I learned how to pedal up and down my street when I was a little girl but was rarely up for two-wheeling it on the unpaved paths. Having said that, when I was given the opportunity to mountain bike down an absurdly steep volcano I, for some reason unbeknownst to me, jumped at the chance. Cotopaxi, located in Ecuador, is not only one of the tallest volcanoes in the world but it is the site of my adventure.

This was my first time traveling to South America. The adventure was made possible through a school class and research program. After a few days of seeing the city of Quito and becoming acquainted with the other students on the trip we got on a bus and headed to the active volcano, Cotopaxi. Our tour guide warned us to be careful because the hike to the base camp was going to be very physically demanding due to the terrain and the altitude; but I thought, “I’m from Colorado, I can handle altitude.” I soon came to find that every five steps I took left me breathless. 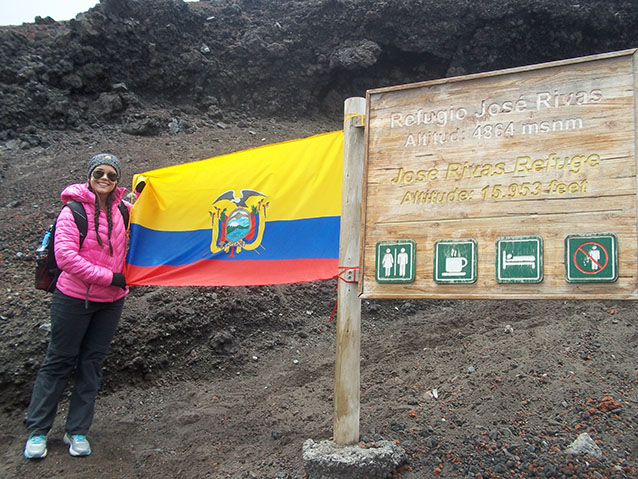 There I was, I had just finished the grueling hike to the highest elevation I have ever been to: 16,000 feet. It was time to mountain bike, or should I say ‘volcano bike’? The tour guide passed around an old piece of paper for us to sign as a liability form, handed us a helmet and assigned everyone a bike. I snapped the helmet on over my hat and hood because it was surprisingly cold outside. After adjusting the bike seat a few times, I felt like I was as ready as I was ever going to be. 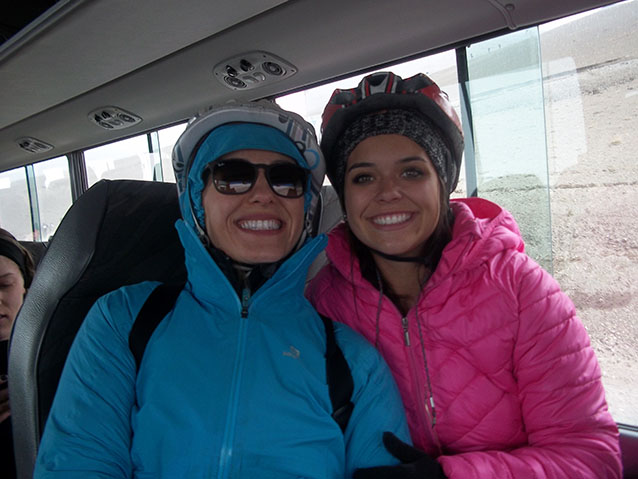 Now, let me put the terrain for this bike ride into context. Imagine this: a dirt road, full of switchbacks, covered in loose gravel, and what felt like a constant 45° angle downward. There were cars pulling past me with mere inches between the bike and the vehicle, other bikers zooming past me who have apparently done this a million times, and, to top it all off, bitter cold winds that froze my body from head to toe. Oh yeah, and did I mention that I am not very good at riding a bike?

As I started down the volcano I was trying to be very cautious but it felt like all of my safety measures were being ignored by the bike itself and the terrain. I was holding my breaks as tightly as I could but I was still flying down the road. I was sure every bump I hit was going to throw me off the bike and send me tumbling head over heels to the bottom of the volcano. The wind was so bitterly cold that my hands started to go numb and it took all of my focus and strength to keep holding my breaks. It was not long after my fingers were numb that I had to make a tough decision, I needed to completely let go of my breaks. I could no longer hold on to the only things keeping this bike ride at a reasonable pace. I said to myself, “If I crash, I crash,” and I let go. I had never gone, and will never go, so fast on a bicycle, ever again in my life. I was no longer turning around the switchbacks but rather drifting on my back tire and leaning into them. I began to go faster than the cars on the path, passing them left and right. I couldn’t hear anything besides the wind screaming in my ears.

Thankfully, I made it to the bottom of the volcano in one piece. I met up with the people in my group who were all impressed and shocked (as was I) at the speed and agility that I had just displayed.

I learned a lot from that bike ride. The main thing was that if I ever need to get down a volcano that is erupting, a bike is way faster than a car and it is probably my best bet. But, the real lesson I learned is that I shouldn’t let fear of failure or lack of knowledge/practice keep me from experiencing life’s amazing adventures. No, I am not the best bike rider in the world, but hey, I mountain-biked down the second tallest volcano in Ecuador. 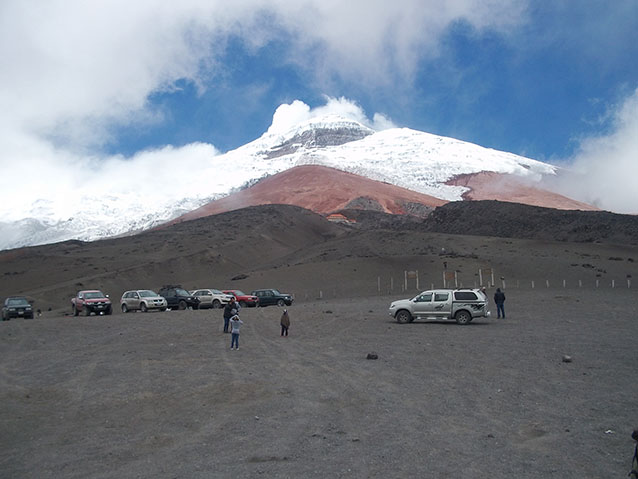