A Chocolate Tour in Ecuador

A Chocolate Tour in Ecuador 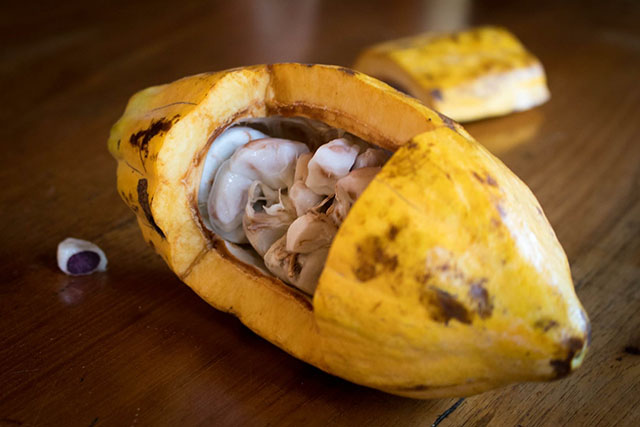 Everybody loves chocolate, but cultures around the world have broad uses for it rather than just a tasty dessert.  Ecuador is known for having high class chocolate that they export to several countries, including the United States. Chocolate tours are a very large tourist attraction in Ecuador. Many people from Ecuador make their living from giving these tours, and the money made from chocolate exports and tours benefit the economy in Ecuador.

During the summer of 2017 I was able to take a chocolate tour in Mindo, Ecuador and learn how this ‘high class’ chocolate is made. The tour started with the a garden directly behind the chocolate café, Mindo Chocolate Makers. The garden was full of fruit trees, chili plants, coffee bean plants, and cacao trees. Our guide picked fruit off the cacao tree and opened it exposing the beans with a white coating. He gave each of us a bean to suck on. The white coating of the bean was slimy and extremely sweet, protecting the bitter cacao bean. 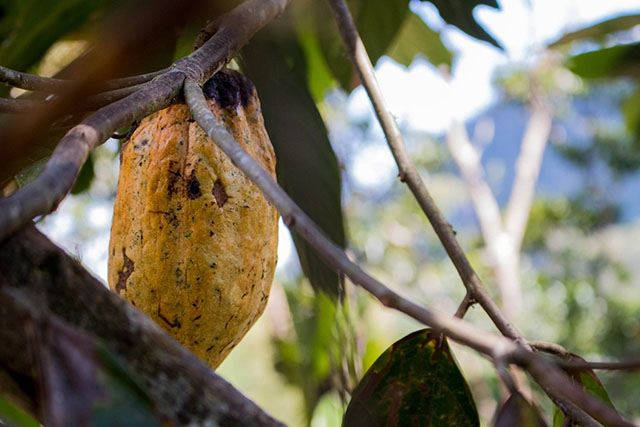 Then we proceeded to an enclosed tent which keeps the beans at hot temperatures. Also in these tents were wooden crates, covered in banana leaves, where the beans lie to dry out. The drying process takes about one week. In the same tent stood three large buckets where the cacao beans ferment for several days. 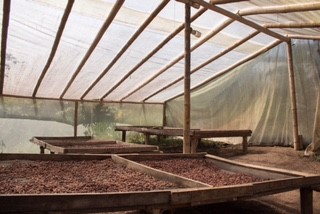 A separate building housed two machines that were imported from the United States, one to break the shells and sort the cocoa beans, and the second machine , to grind the cacao beans into a powder. We passed another building containing several buckets of chocolate stirred with different amounts of sugar and milk. During this process the chocolate is heated at temperatures of about 114 to 118 degrees Fahrenheit while cocoa butter and vinegar is extracted from this mixture. The cocoa butter is then cooled and put into containers to be sold, and the vinegar is used to make a vinaigrette or barbeque sauce. The chocolate is tempered in another room at about 85 degrees Fahrenheit. This room contains a cold stone table that the chocolate was poured onto to harden and then made into bars to be ready to sell and export. 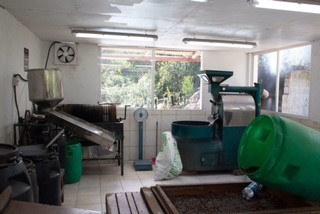 This tour gave me new perspective on how important chocolate is in cultures all over the world but in different ways. In the United States chocolate has become a necessity in everyday life. It is often used as gifts and consumed on a daily basis. The Unites States mass produces all of it’s chocolate for profit. In Ecuador chocolate is more cherished. Ecuador’s chocolate is part of their livelihood. The money received from exportation benefits farmers and indigenous people greatly. Also, conservation is key in the chocolate making process so they can sell chocolate, cocoa butter, barbeque sauce, coffee, and tea. The chocolate tour made me appreciate the time and effort that goes into making this product to better their lives. I also realized how much I take for granted when I walk into a gas station and buy a Hershey’s bar.