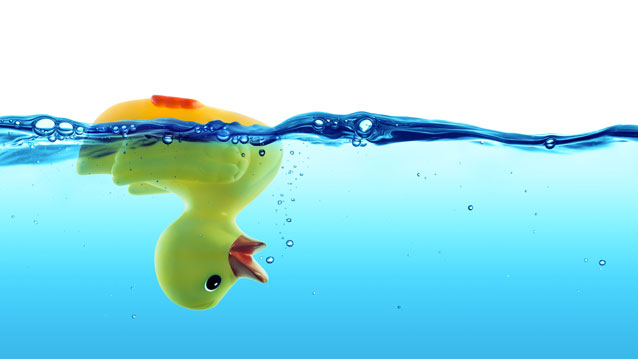 Don't be afraid of failure. In fact, expect to fail, and be all right with it. Experiences and mistakes are the best teachers. Use them in that sense. And sometimes — most of the time, really — they make you a better person.

Advice from an older student when I was in middle school

We all experience moments of failure, whether you only feel like you failed or you genuinely didn’t succeed. Those moments exist in high school, and they still exist in college.

Here's the lesson I learned from one of my moments of failure.

As a college freshman in my second semester, my schedule consisted of academic classes, six work shifts each week in the residence halls (including two in the middle of the night), fitness classes and hanging out with friends.

For the first few weeks of the semester, I was completing all my tasks, fulfilling all my obligations, and still making time for self-improvement and self-care. But by the third week of school, I got sick with a virus that was spreading in the dorms. A week later, my symptoms had changed to include extreme tiredness. I decided to make a visit to the Student Health Center on campus, visiting the doctor for the first time without my parents. In the weeks following, my fatigue got worse. I wanted to sleep all the time and do nothing else.

One Wednesday, I had a meeting with a professor at 9:30 a.m. By the time I woke up, it was nearly 1:30 p.m. Guilt instantly flooded my body. I felt like I had let down the professor, my boss, and the department that we were completing the project for. This meeting was difficult to schedule, and I no idea whether they would be willing or even able to reschedule.

That night, I worked a midnight-to-4 a.m. desk shift in the residence halls and was supposed to meet a friend the next morning to help with a project for class. My presence was important, and somewhat required, for my friend's success, and due to my extreme fatigue, I slept through our time scheduled. My friend had to find another individual to help with the project.

I had let another person down.

I had experienced what felt like two major instances of failure within 24 hours. I failed in waking up on time, failed to do my job as an employee, failed to follow up on a promise I made to my friend, and failed to tend to my internal desires of remaining unselfish.

In the days to follow, I was filled with nothing but guilt. The professor was kind enough to forgive me and be understanding of the situation. We rescheduled the meeting, and I made sure to show up prepared and on time to make it the best interaction possible. I’ve also attempted to make it up to my friend whenever I am needed, and that trust has been restored.

After I had several follow-up appointments with the doctor, I learned that I had previously been infected with mononucleosis, a virus that plagues many during freshman year of college. It was this moment that I realized not only had I failed my friend and the professor, but I had also failed myself. I had overscheduled my time, overestimated my capacity, and not managed to take care of myself. More importantly, I did not recognize that since I had been sick, I had not been tending to my needs in regard to both my health and my sanity. Sure, these moments of failure taught me to put more emphasis on my commitments to others, but more importantly, it taught me to not ignore my promises to myself.

In college, it can be easy to forget to take care of yourself. But by committing to your own health, you enable yourself to commit to others.

I learned from my moment of failure.

It taught me that out of all the roles I play within this university, I am a person first, before I am a student, employee or friend.

As you enter or continue through college and experience moments of failure, remember that you too are a person first, and that’s OK.

is a first-year UNC student majoring in Special Education. She's part of Best Buddies, the Student Council for Exceptional Children, and residence hall life. If you ever need a portrait drawn, she can do that, too!