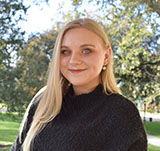 An Interview with Dr. Michael

Dr. Michael Kimball is an anthropology professor at the University of Northern Colorado and the author of Ethnowise: Embracing Culture Shock to Build Resilience, Responsiveness, and Connection, published in 2018. Dr. Kimball has taught introductory level cultural anthropology classes for about twenty years, and along with his cultural anthropology background, he brings an appreciation for mindfulness to UNC.

I spoke with Dr. Kimball soon after the 2020 Rocky Mountain Dialogues on Mindfulness in Higher Education conference (RMD) on February 29, 2020. Dr. Kimball provided a history of the conference and how UNC received the honor of hosting it in 2020.

The RMD has been an annual mindfulness conference in Colorado for about six years, first hosted by Naropa University, and later, University of Colorado Boulder and Colorado State University. Dr. Kimball attended the conference for the first time four years ago.

“I was impressed with it. I thought, ‘I would really like to be involved in this.’ I am really interested in how mindfulness is getting involved in higher education and meeting with people and building a network. I sort of insinuated myself on to the planning committee the following year. They were very generous and welcoming. That is when UNC got involved, with my efforts to get engaged at that level. I helped plan the ensuing three conferences. After that, I realized that UNC needed to get involved and take a bigger role, and so I offered that UNC host it.”

Many people know that mindfulness is a practice of meditation in which one focuses on what senses or feelings are present in the moment, often combined with focused breathing and other engaging practices. It has commonly been used as a stress reducer to help relax the body and mind.

Dr. Kimball explained that the annual conference does more than just teach mindfulness exercises, but also engages with participants to use contemplative practices to better understand mindfulness and the relationship one has with the world around them, both professionally and personally.

“The themes of the conferences have fluctuated as each campus has its own culture and its own interests. For example, Naropa University focuses on contemplative education, by which I mean, intentional understanding of your own relationship to other people and education, to your own aspirations. Bringing your own experience to your actions and interactions in the world. A lot of these perspectives have several linkages to Buddhist teachings and perspectives. So Naropa brought their own perspective into the conference.”

UNC had its own theme for its turn to host the conference, and Dr. Kimball explained how UNC approached the topics.

“We decided that UNC should put its own stamp on it, so we decided to focus on a theme called ‘Decolonizing Mindfulness.’ Whenever you have a practice or set of techniques being borrowed from other traditions, they get changed as a result of how they show up at the new location. A lot of mindfulness practices come from Buddhism and were brought to the ‘West’ in the 1960’s and 1970’s by white people who studied under the masters in Asia and brought it back because they thought it could benefit anybody.”

There are many examples of how practices have been secularized, and Dr. Kimball provided an example of how secularization has spread through Mindfulness Based Stress Reduction (MBSR). In the 1970’s, Jon Kabat-Zinn, a medical researcher, decided to see if these mindfulness practices could help his patients. He had to secularize the practice, take the religious aspects out of it, so that anyone could come from any walk of life without feeling alienated.

“He found that his patients who were suffering from chronic pain experienced a reduction from the suffering after implementing mindfulness practices and founded MBSR. A lot of our suffering comes from the stress around the pain rather than from the pain itself. All of us experience pain, but when we are resistant to the pain, it can be amplified in our minds and bodies,” Dr. Kimball explained.

MBSR travelled across the country because of its success with the medical research Jon Kabat-Zinn conducted. The practice has impacted many people with its takeoff, and it has led to other people secularizing the practices in other ways.

“It is pretty standard, and none of it is connected to Buddhist teachings or cultures. The question there is, ‘To what extent is this cultural appropriation? What is being lost? Who is being excluded?’ This was most important to us. You could make the argument that mindfulness has been whitewashed, and that means that people of color and other orientations do not find a home so easily in it because when they look around, it is so white. Seeing their own contemplative traditions being sidelined in favor of the whitewashed mindfulness can feel very exclusive.”

Dr. Kimball explained that he is not criticizing mindfulness. He has been a practitioner and advocate for several years, but he suggests ways mindfulness can move forward within these discussions.

“I think new spaces have to be created and resourced for other ways and people so that people don’t feel shut out, so people can find their own way in.”

Dr. Kimball explained that when dealing with contemplative practices, there are many doors, many opportunities, into the practice of mindfulness. He suggested that practices should keep all doors open instead of just one for the ‘West.’

This journey of secularizing mindfulness is what inspired the theme of RMD 2020 hosted by UNC.

“Creating spaces and conversations that are supportive of diversity. [By using this theme for the conference], we showed that UNC has something important to contribute to this ongoing conversation and put UNC on the contemplative map.”

Anthropology student, Grace Davis, said, “The mindfulness conference was impactful and inclusive. The focus was to acknowledge and then deconstruct the colonialist overtones often seen when trying to access mindfulness practices. I attended most of the weekend’s events and felt empowered to work mindfulness into my future projects.”

Along with the conference that UNC hosted for the first time, mindfulness is making a larger appearance at the university with the help of Dr. Kimball, establishing a mindfulness center for our community.

“Twenty years ago, I started to think about how contemplative practices should find their way into higher education. It fits very well with anthropology, especially with developing a sensitivity to others. Carole McGranahan from CU Boulder said it best, ‘When you are doing an ethnography, you are your instrument.’”

This idea portrays human emotion as a tool in anthropology, and it can sometimes be controversial because anthropology used to emphasize the benefits of objectivity. With the ideas that may seem uncomfortable in the culture in which we live that compartmentalizes our lives, Dr. Kimball acknowledges that some professors are tentative to include it in their professional lives, that there is some taboo on the subject, but he implores everyone to use mindfulness in many aspects of life.

“Faculty often keep mindfulness out of their teachings because it is very personal and spiritual, and we are used to keeping professional and personal lives separate, but I think it should have everything to do with it because you are paying attention to what’s around you, processing it emotionally. Early on, I decided that teaching cultural anthropology and contemplative practices belong together. This is where the idea came from, to create a university level center for the community that supports their practices and opens them up to new ones and decolonizes it.”

The Center for Applied Contemplative Studies was officially launched at the conference. The Provost attended and gave welcoming words, and they even rang a mindfulness bell, later giving the bell to the Provost as a gift.

When I asked him how students can become more involved in mindfulness, even if only using it for their personal lives instead of bringing it further into academics, Dr. Kimball expressed a devotion to the practice that left me wondering how many people’s lives might change due to mindfulness and how impactful the center could be.

“It can start with sitting down for five minutes one day to ease the stress. Along with stress reduction, mindfulness changes your perspective. We take things personally a lot. We envision things going catastrophic, and we get stuck on identities, but identities can be quite fluid. In times of stress, we cling to them as an anchor. It can be useful and damaging, so when you practice mindfulness, you can unstick yourself and not take things as personally. First, you will notice that you are becoming less anxious, but it will also affect your relationships with others. Relationships will become deeper, and we can become less guarded as we let our vulnerability go. Reflect on our choices, making them from a place of knowing rather than reactivity. Decisions become fuller, more authentic to who you are. It is an intense experience to be a human. All of that stems from the one decision to sit down for five minutes to reduce your stress.”

Dr. Kimball and I discussed how our culture is beginning to focus more on self-care, and this is a great way to reflect on those values that we may want to instill on ourselves.

Along with taking care of ourselves, this can become a powerful way to care for others.

Dr. Kimball worded it perfectly, “It is an intense experience to be a human.”

We all have our ups and downs, and by understanding ourselves better and reflecting on our decisions and aspects of our minds and bodies, we understand those around us better, too. We can let go of insecurities and judgment and just be free to be human with everyone around us. By taking a moment to understand ourselves and relate back to others who may be struggling, there is another decision hidden in there, the choice to be kind to others, to appreciate others’ cultural backgrounds.

We can decide to allow everyone around us to embrace their human experience as we embrace our own.

There is also a student organization that is the “student arm” of the mindfulness center, Mindful Affinity Fellowship or Mindful AF. The group is actively recruiting student members, and a website will be up and running soon if you would like to learn more about it and/or participate.