Develop professional skills to advance your technique and your career.

UNC’s Master of Music program with an emphasis in Vocal Performance offers first-rate career preparation for performers. You’ll get one-on-one guidance and mentorship from exceptional faculty who have national reputations as artists, scholars and educators. Our voice department stands out for its high standards and friendly, supportive environment. You’ll have the encouragement you need to take risks and push your talent to its full potential.

Perennially ranked among the nation’s best music schools, UNC has a diverse voice program that runs the full gamut of genres and styles. We stage two full operas with orchestra every year, run four choruses that provide performance opportunities, and offer you chances to perform in a wide variety of styles. You’ll also get hands-on training in vocal pedagogy to round out your skills and prepare you to teach in a studio or pursue doctoral studies.

An entrance audition is required for admission to the Master of Music program with Vocal Performance emphasis. The degree totals 30 to 33 credits, with courses in music literature, teaching, and performance. You’ll complete the degree with a public recital and an optional paper related to your recital piece, as well as diction proficiency examinations in German, French and Italian.

Your Future in Vocal Performance

UNC’s voice program includes one-of-a-kind opportunities to build experience that can jump-start your career. First and foremost, you’ll work with faculty who are highly accomplished, artistically active and devoted to providing you with strong mentorship and professional guidance. In addition, UNC pairs high-level musicianship with advanced expertise in education. You’ll develop first-rate skills both as an artist and as a teacher, giving you multiple career pathways.

Consider UNC’s M.M. in Vocal Performance if you want to: 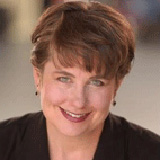 As a young singer, Melissa Malde used to focus on her voice as an isolated instrument, rather than as an integral part of her whole body and spirit. Then she mastered Body Mapping, an innovative technique that unites mind, body and voice. She became one of the earliest licensed teachers of Body Mapping and co-wrote the standard text on the subject, What Every Singer Needs to Know About the Body, now in its second edition.

In addition to becoming one of the nation’s foremost teachers of Body Mapping, Dr. Malde puts it into practice in her own singing. Her career has spanned the globe, including performances with the Moscow Chamber Orchestra, Prague Radio Symphony, and Germany’s Kulturforum Competition (where she won first prize). Within the United States she has sung with Opera Colorado, the Kentucky Opera, the Bangor and Cedar Rapids symphonys, and the Colorado Music Festival. Her singing awards include first place in Chicago’s Sudler Oratorio Competition, and the Brice-Gooter Award from the National Association of Teachers of Singing.

“I have been teaching voice since 1990,” she writes in What Every Singer Needs to Know About the Body. “But I can still make new discoveries. I can still learn. So can you. Experiment. Trust. Grow. Discover. It’s the most exciting work you will ever do.”

At UNC you’ll enjoy a wide range of performance opportunities both on- and off-campus. The School of Music stages more than 200 cultural events a year, and our students have also sung with arts organizations such as Opera Fort Collins, the Greeley Philharmonic, and the European Opera Program. At UNC you’ll build confidence, gain experience and get exposure. One of our jazz a capella groups received a Grammy nomination—the first ever bestowed on a college music group.