Build a superior foundation for doctoral studies or secondary teaching.

Our Master of Music with Music History emphasis offers exceptional preparation for doctoral studies and high-school teaching positions. You’ll work with UNC’s internationally recognized faculty in music history and literature, which includes the current editor of the Journal of Musicological Research. Our faculty excel as teachers, colleagues, and mentors, providing you with academic and professional guidance that really helps your career.

UNC brings together extraordinary young performers, scholars, and educators in an exhilarating musical environment. You’ll have opportunities to integrate your research with performing, composing and conducting. Gain the skills and experience you need to create the future you want.

The Music History and Literature M.M. program requires a total of 30 credits of coursework. You’ll integrate courses in pedagogy, scholarship, music theory and performance, working with your faculty adviser to select courses that serve your academic objectives. The program includes a master’s thesis based on original scholarship and research.

Your Future in Music History

Consider UNC’s History and Literature MM program if you want to: 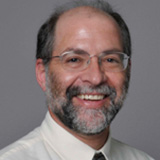 Professor of Music History and Literature

Jonathan Bellman can find worthwhile themes in almost any form of music—be it classical compositions, the work of George Gershwin, Gypsy music, or his son’s high school production of Cats. His most recent book, Chopin’s Polish Ballade: Op. 38 as Narrative of National Martyrdom (2009), achieved wide acclaim for its thorough research, originality, and deep dive into the cultural and political roots of Chopin’s compositions.

After earning his doctoral degree from Stanford in 1990, Bellman joined the UNC faculty in 1993. One of his early works explored the influence of Hungarian folk music (or “style hongrois”) on the work of classical composers such as Brahms. He has written three books and a wide range of articles and reviews for the Journal of the American Musicological Society, Nineteenth-Century Music, Early Music, The Journal of Musicology, and other publications.

An accomplished pianist, Bellman still performs occasionally, often with a focus on musical history or research. In 2009 he premiered a “lost composition” originally written in 1833 by Felix Mendelssohn and Ignaz Moscheles. He is a winner of the A.M. and Jo Winchester Distinguished Scholar Award (2011).

Graduate students in our music history M.M. program are active participants in academic conferences and professional music societies. You’ll have regular opportunities to present your work to the Rocky Mountain Chapter of the American Musicological Society. In addition, UNC offers a tremendous range of conducting and dynamic performing opportunities.

The Story of a Polish Ballade

Stories can be told with words, images, and even gestures. To those with musical expertise, stories can be told in tones as well. Musical compositions have their own vocabularies and narrative strategies, and these have a great deal to tell about the cultural conditions in which such works were produced. Read Full Article