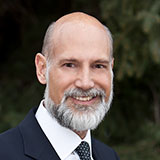 A marine geologist and sedimentologist by training, I have continued to be active in studies of coral reefs, both ancient and modern.  In more recent years, I have focused my attention on earth systems and science education as it applies to K-12 settings, with grants mostly from NSF, EPA, and the Colorado Department of Education.

Overall in my career, I have been involved in acquiring and administering about $5 million in external grants and contracts.  I currently serve as Chair of the Board of Directors of the Poudre Learning Center, Chair of the Friends of Union Colony Schools, and I have been an officer for many state, regional, and national professional organizations.

Hoyt, W., 2019, Oceanography and Earth's Wicked Problems: In the Tradition of Franklin and Folger's Big Ideas: A Reflective Memoir About Life and Research by Practitioners in the 20th & 21st Centuries, 148 pages.