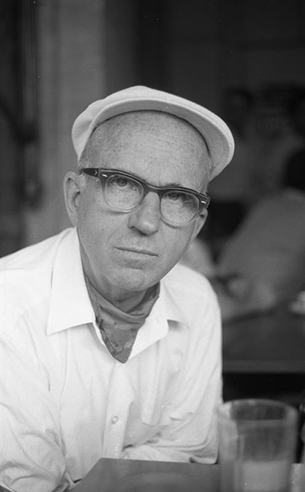 James Albert Michener was born in 1907 to unknown parents and raised as an orphan in the care of widow Mabel Michener of Doylestown, Pennsylvania.

During this time, he also taught in Pennsylvania, Colorado, and at the Harvard School of Education. When he was not teaching, Michener worked as a textbook editor in New York, and he joined the British Merchant Marines.

During WWII, he joined the Navy, making use of his experience in the British Merchant Marines to climb through the ranks to lieutenant and his knowledge of history to carry out sensitive assignments in the South Pacific. It was this experience that brought about Tales of the South Pacific in 1947, which won a Pulitzer Prize. Michener used this novel as the cornerstone of his writing career, publishing almost 50 books in the next 50 years, including Sayonara, Hawaii, The Source, Iberia, Caravans, The Covenant, Sports in America, and Poland.

During the time that he was publishing, however, Michener did not ignore the world around him. He ran for Congress in 1962 and held positions on several committees, including at the Pennsylvania Constitutional Convention, the U.S. Postal Service stamp committee, and an advisory position on a council for NASA. He also spoke often at congressional hearings and at functions of those organizations in which he held particular interest.

James A. Michener died at the age of 90 on October 16, 1997 in Texas, three years after his third wife, Mari Yoriko Sabusawa. He had no children.