Following the mission and principles instilled by Alpha Kappa Alpha Sorority, Incorporated, these women fought to set new standards through scholastic excellence and unparalleled "service to all mankind" throughout their collegiate experiences and beyond.

Since it's chartering, Alpha Kappa Chapter has expanded from two universities to now encompassing five (CU-Denver, Johnson and Wales University, CU-Boulder, DU and UNC). More than 90 years later, she continues to distinguish herself by demonstrating high ethical standards, maintaining the highest of academic distinction, thriving in roles of leadership and above all, continues to accomplish the goals set forth by the utmost Supreme Sisterhood. 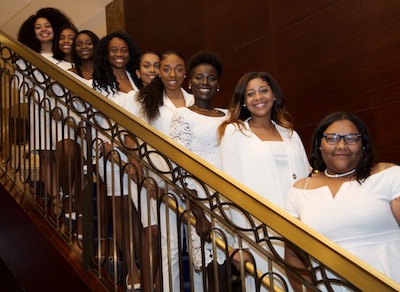