Hosted each spring, the annual Ha’aheo Hawaii Club Luau is a favorite campus tradition. Club members organize the event to share their love and appreciation for the culture, traditions and Spirit of Aloha with the UNC community. Photo by Barry LaPoint

Forget, for a moment, what you think about Hawaii — the vacation paradise, hula skirts and sunny beaches — and it becomes less surprising that a number of locals leave the islands to attend college in Greeley.

Instead, think of Hawaii like a close-knit community. That’s how recent graduate Jewel Mahoe ’17 sees it, and so do hundreds of former UNC students like her. To Mahoe, Hawaii is home — a close community of family and friends.

“Everybody knows everybody. I can’t go to the supermarket without seeing someone I know,” she says.

Mahoe, raised in Hawaii, earned her degree in education. Her choice to travel 3,000 miles for college wasn’t about leaving her community behind; it was about finding it in a new place. It was also about affordability. She found both at UNC.

Mahoe hadn’t planned to leave Hawaii. Many of the state’s high school students stay, a choice Mahoe attributes to Hawaii’s family-based culture. For some students, moving to the mainland means giving up this sense of community. But Mahoe’s perspective changed when she met UNC Director of Admissions Sean Broghammer during a Hawaii college fair event.

At first Mahoe thought Colorado would be too far and UNC too big of a school, yet Broghammer sold her on the university’s medium size and Greeley’s community feel. He also told her she wouldn’t be alone.

“He is brilliant, and he said, ‘You know, a lot of Hawaii students come to UNC.’ And that the Hawaii community at UNC was really close,” Mahoe says.

This fall, UNC enrolled 106 students from Hawaii, 28 of whom are first-time freshmen.

Broghammer and the UNC admissions office work with alumni to ensure that the university remains a top-choice school for Hawaii’s college-ready students. Not only has their involvement kept a steady number of Hawaii students enrolled each year, but they also ensure that campus traditions like the Asian/Pacific American Student Services’ Ha‘aheo Hawaii Club’s annual lu‘au provide students with cultural and community ties back home.

Learning about this community helped Mahoe see UNC as a college option, but it was the university’s participation in the Western Undergraduate Exchange (WUE — pronounced “woo-ee”) that made
it possible.

WUE is a regional tuition-reciprocity agreement that enables students from among 15 western states to enroll in a participating institution at 1½ times the resident tuition rate. For UNC WUE students, this amounts to more than $5,000 in tuition savings each year.

“WUE tuition actually made what I was paying for school lower than I would have paid in Hawaii.”

Along with WUE, Hawaii students are eligible for UNC’s traditional financial aid programs, including the Aloha Scholarship, which is awarded to a Hawaii undergraduate student each year.

Today Mahoe is pursuing her master’s in education at Vanderbilt University. While she is excited about the next stage in her career, it was UNC’s institutional support and a familiar community that first welcomed Mahoe to the mainland. 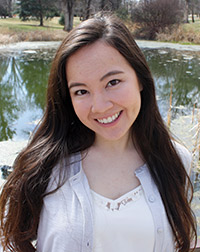 Future educator and recent graduate Jewel Mahoe ’17 found a home away from home when she enrolled at UNC. The close, community feel of the university and the availability of financial aid has long made UNC a top choice college among Hawaii students.

Students from these Western states qualify for discounted tuition (1½ times the in-state rate) at UNC. About 800 WUE students enrolled at UNC in fall 2017 compared to about 600 nonresident students from states outside WUE.

Connect to the Alumni Group