The Sociology of Hats

Every hat tells a story, and many of the best cowboy tales begin at alumnus Trent Johnson’s Greeley Hat Works.

Trent Johnson ’95 is a man who will sell you the hat right off his head. If someone admires the style he’s wearing — western, hipster, classic fedora — he’ll hand it over. In the last year and a half, he’s sold nearly five dozen hats this way.

Trent is a hatter by trade. For nearly three decades, he’s been shaping and reshaping his company, Greeley Hat Works, into a timeless and profitable enterprise. He traces his “geeky” interest in hats back to age 10 when he inherited his grandfather’s fedora. “When I put it on, I felt like Indiana Jones,” Trent recalls.

Trent was entrepreneurial even as a kid. He taught himself magic tricks and put on shows for a small fee. He started a lawn service, hired help when he had more customers than he could handle alone, and then sold his business before heading to college at UNC. He initially hoped to major in business, but he’d been industrious — not studious — during high school and his grades weren’t quite where they needed to be. He majored in sociology and minored in psychology instead.

Trent’s dad is a no-nonsense guy who insisted that there are no free rides in life. For every $5 Trent earned cutting lawns, Garry charged his son $2 for using the family mower — plus mileage when Trent’s customers lived beyond pushing range. Garry also charged his son rent during summer breaks once he turned 18.

Trent was happy to move into Turner Hall as a freshman in 1990. “It was a chance to reinvent myself,” he recalls.

A city kid from Pueblo, he liked Greeley’s western vibe and took to wearing Wranglers, boots and a cowboy hat. His new persona led him to Greeley Hat Works and kindred spirit Susie Orr. Trent begged Orr for a job, so she put him to work on her family’s ranch. He learned to ride, rope, pull calves, fix fence and irrigate crops and helped the family out as needed.

Susie also taught Trent to renovate and build hats. It became his passion. By the time he was ready to graduate from UNC in 1995, he knew he wanted to own the company.

“The hat business chose me,” he says.

He spent evenings his senior year writing a business plan — then went shopping for a loan. The banks turned him down. They couldn’t see the potential in the 1850s Parisian hat-making tools and the shop’s 100-year-old history. Ed and Susie Orr were willing to carry half the debt, and Trent’s uncle proffered another quarter. But Trent still needed the remaining 25%. Reluctantly, he approached his parents. They read his business proposal — and declined.

’You don’t need a loan from us,’ they explained. ’You already have the money.’

Turns out, all the rent and fees Trent paid Garry had been invested in the stock market on his behalf. They’d cash out his portfolio and Trent could reinvest it in Greeley Hat Works.

In 1996, his first year as owner, Trent doubled hat sales. When he married Melissa Mellinger in 1997, she worked in the shop, too. They steadily grew the business and raised three kids, Colton, Camryn and Collins.

Today, with 25 co-workers, Greeley Hat Works builds 5,000 hats a year. They cater primarily to horsemen, cattlemen, rodeo professionals and working cowboys and cowgirls — people who value high quality hats as tools of the trade. This insulates the business from the boom-and-bust cycles associated with urban fashion trends.

Trent is an expert craftsman who understands cowboy culture. He knows why a Nevada buckaroo wears a vastly different hat than a Texas cutting horse trainer, and also why he sells more buckaroo hats in Switzerland than he does in Nevada. He consults with film producers, wardrobe designers, actors and entertainers.

He is also the mastermind behind the trademark hats worn by the characters in the TV series Yellowstone. Kevin Costner stars as rancher John Dutton, and his hats authentically reflect his status. Yet it’s tough guy Rip Wheeler (Cole Hauser) who spurs sales. When Rip appears on screen, orders for his signature style hat roll in.

For five seasons, Trent has built and “distressed” hundreds of hats so they look like they’ve been worn by real cowhands. Christened by dust, sweat and daily man-handling, hats develop character. Trent attends to such details. Every hat tells a story.

Yellowstone and its spin-offs 1883, 1923 and 6666 are providing continued opportunities for Trent to work with award-winning wardrobe designer Ruth Carter and filmmaker Taylor Sheridan.

At age 50, Trent travels about 200 days a year and his reputation has taken him to some extraordinary places —including the Oval Office. He recently finished his eighth hat for George W. Bush. During Bush’s second term, the State Department also commissioned Trent to make custom hats as gifts for foreign heads of state. That bit of cowboy diplomacy required the full cooperation of the U.S. Secret Service.

Still, when he returns to Greeley from his travels, there’s a tangible acknowledgment of where his journey in hat making began: His grandfather’s fedora hangs in a place of honor at the shop, an apt reminder that every hat has a story. 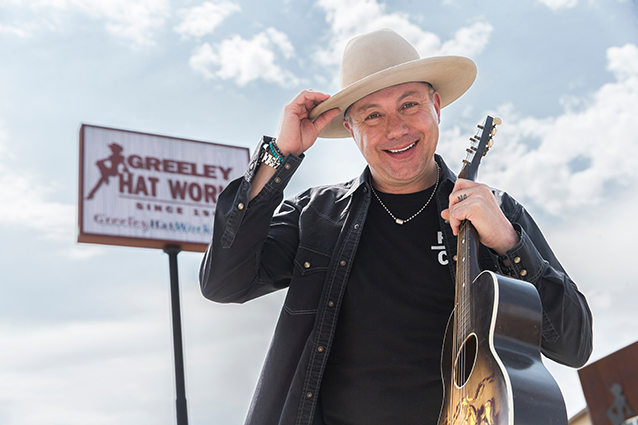 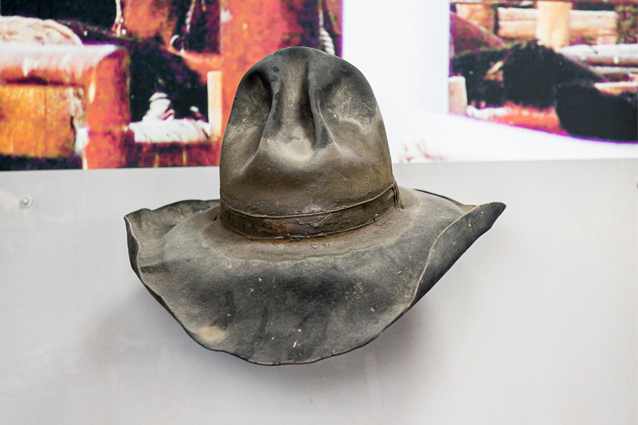 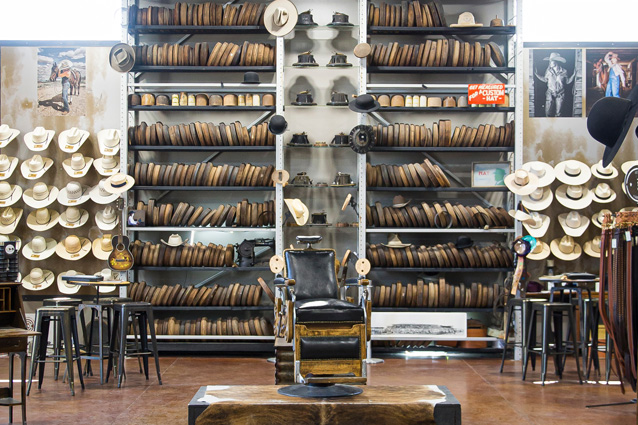 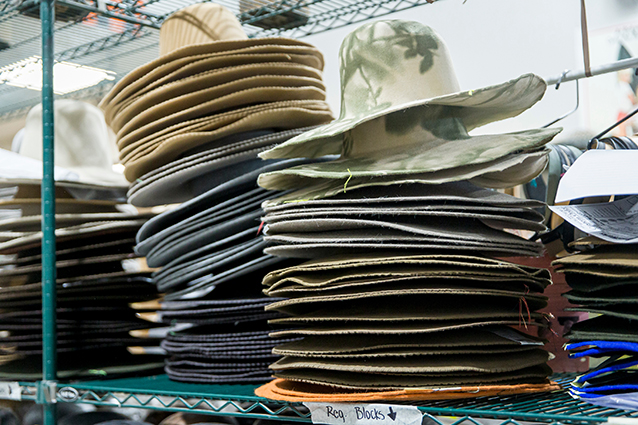 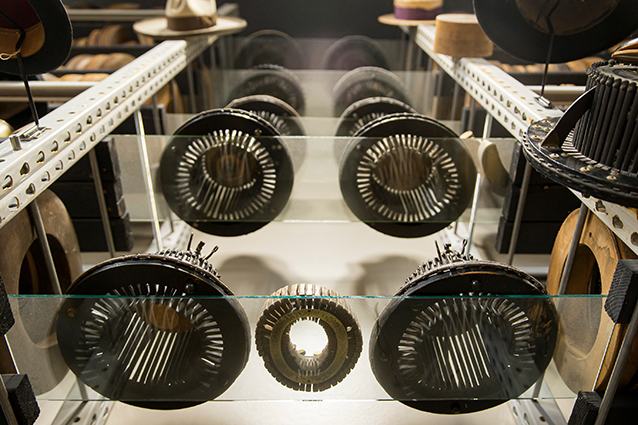 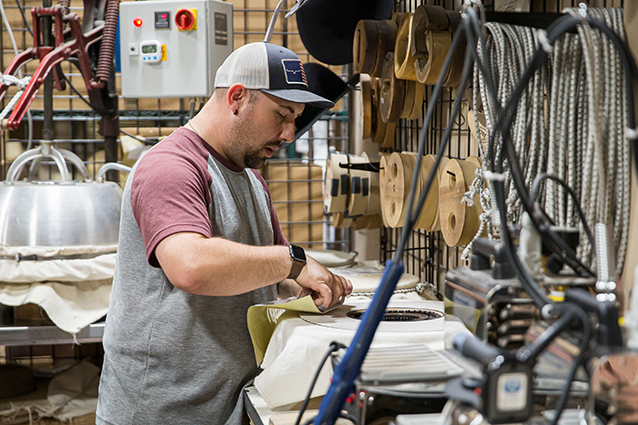 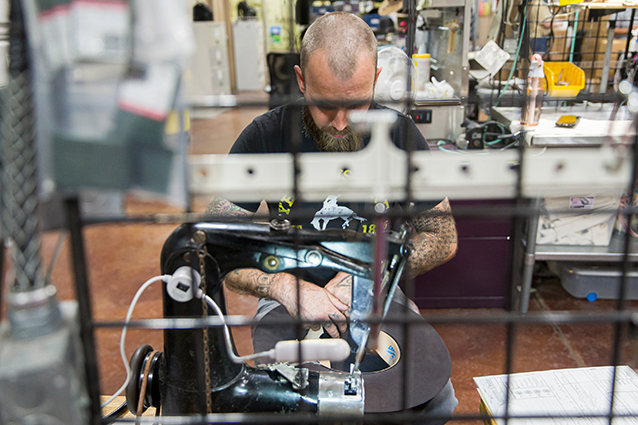 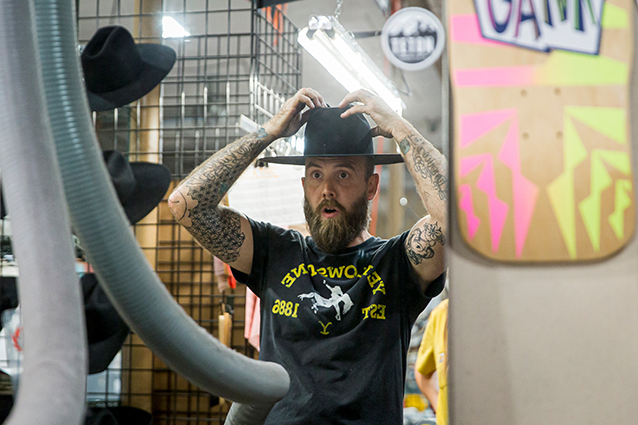