The UNC Alumni Association is proud to present the 2021 honorees. This year’s class reflects the university’s more than 130,000 outstanding alumni who choose to represent UNC in their personal and professional lives. 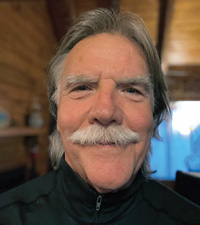 Steven Maurice’s spirit of generosity is just one of the things that draws people to him. After obtaining his degree in Business Finance from the University of Northern Colorado, he had a job as a bank teller at a small bank in Paris, Iowa, where he eventually became the assistant vice president. Maurice played in a band on the side until being awarded an Iowa Arts Council Grant for Performers that allowed him to become a full-time professional musician. Inspired by the field work the staff and students are doing in UNC’s Department of Geography, GIS and Sustainability, he’s been an impactful and dedicated donor, allowing students opportunities to understand how our realities are shaped by geographic locations. 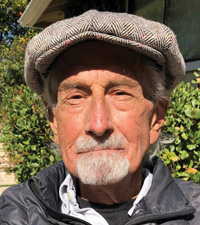 An exceptional career in the chemistry field has elevated Larry Miller, Ph.D., to give back to the alma mater that shaped his experiences and encouraged him to break barriers. After obtaining his undergraduate degree in Chemistry from then-Colorado State College, Miller went on to earn his doctorate from the University of Illinois. He quickly gained recognition for his innovative approach in research and won multiple awards, including the Horace R. Morse award and the John Simon Guggenheim Fellowship. He served as chairman of the Chemistry department at the University of Minnesota and was named an Institute of Technology Distinguished Professor. In 2020 he established the Larry L. Miller Chemistry Scholarship, inspiring undergraduate seniors to continue pursuing chemistry in a graduate program. 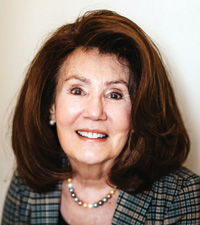 Bettie (BJ) Stone, Ed.D., has touched the lives of many individuals who’ve crossed paths with her during her time working in the education profession. After graduating from UNC with degrees in Biology and Chemistry, she spent 34 years using her expertise and compassion transforming the lives of students and educators alike. Her influence has spanned 30 districts throughout the United States and Canada, as well as in the Bahamas, Guam and the Northern Mariana Islands. Stone also co-authored a book that is noted as one of the most referenced books in the field of education. Stone is a teacher many students look to with admiration, and with appreciation for elevating their potential. She continues to be a passionate supporter of the university and enjoys attending many sporting events. 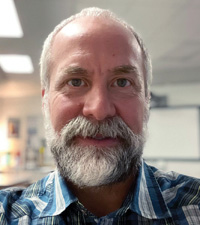 Brandon Torrez exemplifies Bear spirit. Throughout his career, he’s had a passion for mentoring students to go beyond their potential. As a Greeley native and proud UNC and Greeley West High School (GWHS) alumnus, Torrez was named GWHS Teacher of the Year in 2017 and sponsored the League of United Latin American Citizens club at GWHS, engaging the often underserved and underrepresented Hispanic/Latinx population of students and families the school serves. He also recently completed 20 years as the assistant coach of the GWHS boys basketball team and is a proud, loyal supporter of GWHS and UNC. Torrez attends Bears basketball games to watch some of his former players play in blue and gold, and shares his deep appreciation for his educational experiences by helping UNC’s Education students gain real classroom experiences. 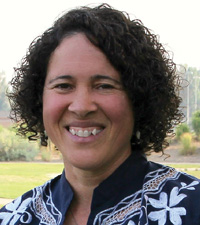 Nancy Wendirad fulfills her life purpose by dedicating herself to serving others. Her expansive involvement in the community and at UNC has improved the lives of those around her. Graduating with degrees in Spanish and Communications, Wendirad has used her expertise to develop curricula that met the individual needs of each student she’s taught, encouraging and inspiring them to reach their potential. Actively engaged in the UNC Alumni Association, Wendirad has served on the Alumni Association Board as president and vice president. In addition to her work as a volunteer and an educator, she’s been recognized as the Cumbres Scholar of the Year and received the Hispanic Women of Weld County Education Award.