The University of Northern Colorado boasts outstanding alumni and dedicated friends from all walks of life. Each year it is the great privilege of the UNC Alumni Association to recognize a group of distinguished graduates and friends as Honored Alumni, the highest recognition that the Alumni Association can bestow.

Publicly recognized at the Honored Alumni Award Ceremony on May 10, this year’s class of honorees includes a recorded military veteran, dedicated journalists, innovative educators, researchers and loyal UNC fans. We are proud to introduce you to UNC’s 2019 Honored Alumni. 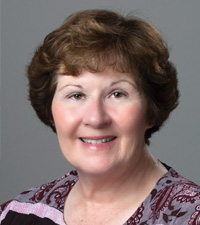 During her decorated career as an Army Nurse Corps Officer, Kathleen N. Dunemn ’71 had many assignments and impressive accomplishments as a researcher, nurse midwife, educator and commander before retiring as a colonel in 2011.

While serving, Dunemn led a research project that ultimately improved the safety of military combat wear, helped the Czech Republic establish their own army nurse corps and received many accolades along the way.

Today she is happy to be back at her beloved UNC serving as the director of the Doctor of Nursing Practice program, which allows her to put her greatest passion to work.

“When I look back, my favorite moments are when I’m with junior nurses, when I was a chief nursing officer, helping them with their decision-making process. Helping them grow as individuals and helping them reach to the next level. I’ve always thought, and I’m pretty sure UNC taught me this, that you have to be reaching for the stars. You have to keep reaching for that next goal.”
–Kathleen Dunemn ’71 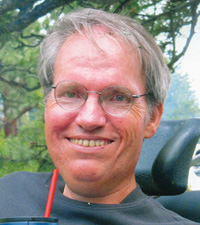 Late journalist Matt Schuman ’86 inspired those around him through his perseverance and advocacy. A diligent journalist who refused to be limited by muscular dystrophy, Schuman was hired as a reporter for the Greeley Tribune and went on to a 27-year career as an award-winning journalist.

Not only did he cover the sports beat at the community, prep, university and professional levels, he wrote an award-winning series called “Access and Ability,” which focused on the challenges people with disabilities face and shared his own personal experiences.

Although he used a wheelchair, he never let that hinder his activities or upbeat attitude. Multiple awards have been named in his memory, and Schuman’s family established the Matt Schuman Memorial Scholarship at UNC to support a journalism student every year. 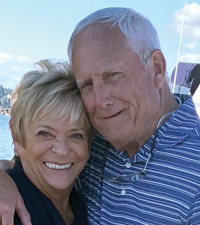 Loyal UNC supporters and honorary alumni Jim and Janet Listen have exemplified commitment to the University of Northern Colorado for decades. They have embraced the athletic programs, adopted the UNC and Greeley communities and dedicated themselves to the academic success of student-athletes.

The Listens have become reliable fixtures at both home and away athletic events, and they can often be found sporting blue and gold in the stands regardless of the weather or score. The Listens have also been generous with their financial support for UNC Athletics, donating directly to several programs for more than 30 years and establishing the James R. and Janet S. Listen Athletic Scholarship in 2002.

“Jim and Janet have so much pride for UNC, and their enthusiasm is contagious. I think that is just a great example for everyone. Alumni or not. They have made the lives and experience of many student athletes much better by their presence, by their support, their scholarships, so many ways. They have enriched the lives of student athletes.”
–Jill Trotter ’87, nominator 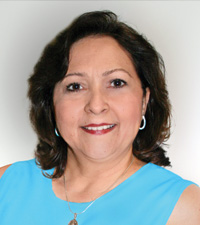 Dr. Darlene LeDoux ’78, has been a fixture in Denver-area schools for more than 40 years serving as a teacher, principal, and central office leader. At the age of 30, she became one of the youngest principals in Denver Public Schools.

A fierce advocate for education and the rights of English language learners, LeDoux has spearheaded a number of initiatives that benefit some of the most disadvantaged students in Denver. LeDoux remains closely connected with UNC, inspiring future educators and connecting them with rare opportunities.

“Darlene is a dedicated, passionate leader who strives to support all students and I know her to be a person of great integrity. Darlene’s long career in education has its roots in the learning that she experienced at the University of Northern Colorado and she has continually brought honor to her alma mater. She has a strong drive to achieve educational equity and the most disadvantaged students — English learners, low income students, African American and Latino students — have a fierce advocate in Darlene.”
–Susana Cordova, Deputy Superintendent
of Denver Public Schools 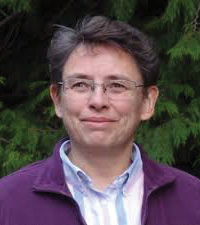 Since graduating with her degree in chemistry, Julie Zalikowski ’75 has had a distinguished career focused on analytical chemistry, first in the environmental field and then in pharmaceutical sciences.

After several years performing critical water analyses in both the state of Washington and Cairo, Egypt, Zalikowski left the environmental field to become a research scientist for several large biotech companies including AstraZeneca. At AstraZeneca she worked as a principal scientist and was part of the team that developed the statin drug Crestor.

Zalikowski has been a loyal donor to the university, providing support to Chemistry, Athletics and Nursing.

In 2015, she and her husband established the Julie Zalikowski and David Cissell Chemistry Endowment, which provides a scholarship to a Chemistry major with a financial need.

“I am humbled to receive this recognition, as I am certain I received more from UNC and the professors in the Chemistry and Math departments than I ever gave back.”
–Julie Zalikowski ’75