Programs at the University of Northern Colorado

Our graduates leave us with a first-class education that has prepared them to contribute to society whether they become health-care providers, educators, scientists, dietitians, speech-language pathologists, audiologists, sport administrators, rehabilitation counselors, mathematicians, athletic trainers, recreation program managers, gerontologists or work in other public service-oriented fields.

Every year, thousands of people just like you choose UNC.

Our small class sizes, nationally recognized faculty, sophisticated facilities and affordable tuition make this the perfect time and place for you to chart your new course. 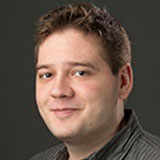 "Hands-down the biology department's atmosphere is the program's best aspect. Faculty members are so hardworking and accomplished, yet so humble and personable. They really care and helped us achieve our goals." 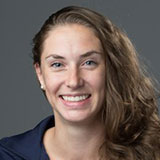 "The nursing program is accredited by everyone, so that's going to allow me to get a job wherever I want. Also, UNC has allowed me to have a Division I collegiate experience in my track career while having the benefits of a small college education as well." 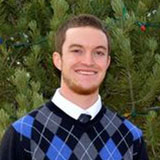 "What I enjoyed the most about the PE program at UNC was how caring and helpful the professors were for me. I was not just a number to the professors. [...] When it comes to preparation to become a PE teacher, I don't think there is a better school out there."

Where can a career in
health and wellness take you?

When Bryan Snyder attended classes in dietetics at UNC, he might not have foreseen that within a few years he’d be standing in as a guest lecturer, sharing his knowledge and insight as the Denver Broncos’ Team Nutrition Manager.

After graduating in 2009, Snyder started his work with the Broncos as an intern—an opportunity he learned about in class. A year later he accepted a full time position with the Broncos, with responsibilities that include dietary supplement evaluations, one-on-one individual consultations, training table menus, meal plans, and sideline hydration and nutrition. He returns to UNC once or twice a year as a guest lecturer.

Continuing your education? Apply to the Graduate School.

Tell me more about the Graduate School.