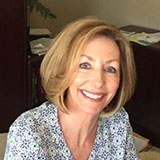 Debbie has served on the UNC Foundation Investment Committee since late 2014 and joined the Foundation Board of Directors in 2016. In 2018, she was elected to the role of Board Secretary.

Debbie graduated from UNC in 1978 with a Bachelor of Science in accounting. She went on to the University of Denver College of Law where she received her master’s degree in taxation.

Debbie is a CPA and has owned her own firm, Debbie L. Misegadis CPA, MT since 1994. Prior to opening her firm she worked for other accounting firms including Yale and Seffinger, PC; Almirall and Associates, PC; and Laventhol and Horwath.

In addition to her volunteer work with the Foundation, Debbie is also a member of the Shepherd of the Hills Lutheran Church Mission Council. She has served as a director for the Colorado Society of CPA’s and was the President of the Rocky Mountain Estate Planning Council.