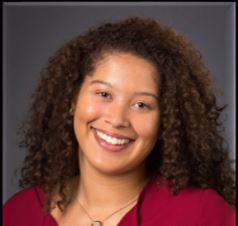 Malaika Michel-Fuller is a 3rd year undergraduate student studying English, minoring in Sociology, and pursuing emphases in Secondary Education and Teaching English as a Second Language. Malaika’s passion lies within civic engagement; she enjoys contributing to the education and empowerment of others to promote community-engaged social change. This manifests in her undergraduate research in the McNair Scholars program where she will be conducting an action research study investigating cultural competency practices in disaster response organizations. Malaika exercises her interests further in her current role as Student Trustee as well as founder and President of UNC’s chapter of IGNITE: a national, nonpartisan nonprofit dedicated to increasing gender parity in government. Malaika takes great pride in being a UNC Bear and she actively seeks opportunities to enhance the quality of life for current students on campus and for future Bears in the community. These include supporting the education of high school students as an AVID tutor, partnering with Vice President Rodriquez on the board for Campus, Community, and Climate, and advocating for just scholarly practices as a student representative on the President’s Academic Portfolio Task Force. Whether leading chants at Take Back the Night rallies or facilitating professional development workshops for incoming first year students as a LeadOn Camp facilitator, Malaika is most fulfilled when investing in the collective welfare of her peers, colleagues, and fellow citizens. In her free time Malaika enjoys catching up on her ever-growing book list (and rereading Baldwin), playing tennis, and spending time with her rambunctious three younger brothers. Malaika is honored by the opportunity to advocate for students as Trustee, and she looks forward to collaborating with fellow board members over the course of the year.