Refine your talent for Hollywood, Broadway and spotlights in between

Our acting bachelor’s degree program prepares you to reach the top of the profession. Hundreds of UNC alumni have gone on to successful acting careers, performing in Broadway plays, Hollywood features, sitcoms, national theater tours, web series and more. With a wealth of performing opportunities, exceptional faculty and superior one-on-one instruction, our acting program has earned national recognition for excellence.

Our theatre program stages more than 30 productions a year and you can land roles beginning in your freshman year. You’ll work in small classes that promote strong relationships with faculty and perform in professional venues with professional-caliber lighting, sound, sets and costumes. The entertainment industry looks to UNC for new, up-and-coming performers. We’ll help you get the most out of your talent—and put you in position to get noticed.

UNC has a highly competitive acting program that recruits nationally. Admission is by audition only. You’ll learn advanced acting techniques for both stage and camera, with opportunities to explore drama, comedy, musical theatre, improvisation and other genres. The program includes courses in voice, movement, singing, ensemble acting and audition techniques. For audition and application information, contact the School of Theatre Arts and Dance.

Your Future in Acting

UNC’s acting program includes many types of support to help you make the transition into a professional acting career. You’ll work with faculty who have years of industry experience and national connections. UNC stages an annual Los Angeles showcase that’s well attended by agents, casting directors and other film and TV industry reps. You can attend summer workshops at the internationally renowned New York Conservatory for Dramatic Arts, or perform alongside professional actors in UNC’s own highly regarded summer stock company, the Little Theatre of the Rockies.

Consider UNC's B.A. in Acting if you want to: 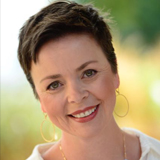 A member of Voice and Speech Trainers Association and Actors’ Equity Association, Shelly has worked with theatre companies across the country including the Tony Award-winning Utah Shakespeare Festival (appearing in Twelfth Night, King Lear, The Merry Wives of Windsor, A Midsummer Night’s Dream, Love’s Labour’s Lost, The Taming of the Shrew and others), the Alabama Shakespeare Festival, the Colorado Shakespeare Festival, Paragon Theatre (Denver), Talisman Theatre (Chicago) and The JET and Hilberry Repertory Theatre in Detroit. Most recently, she performed with The Little Theatre of the Rockies in Colorado in God of Carnage, Private Lives, On Golden Pond, The 39 Steps and Master Class.

Shelly has been honored numerous times for her work, including the 2003 Oscar Wilde Award for Best Actress for her work in A Streetcar Named Desire at Hilberry Repertory, the 2006 Finlayson Acting Award at the Utah Shakespeare Festival and Best Actress in a Drama by the Greeley Tribune in 2012 for her portrayal as Maria Callas in Master Class. Shelly has also performed with the Colorado Symphony Orchestra (A Midsummer Night’s Dream) and done film, television and radio work including national commercials for HGTV and Red Roof Inn Hotels.

As a director, Shelly has received recognition by The Kennedy Center American College Theater Festival (KCACTF) for her productions of Compleat Female Stage Beauty at Minnesota State University Moorhead and Intimate Apparel at University of Northern Colorado. Other directing credits include As You Like It at UNC, She Loves Me at Backstage Theatre and The Taming of the Shrew for the Utah Shakespeare Festival’s 2014 Shakespeare in the Schools tour. Shelly has also done speech and dialect coaching at the Arvada Center for the Arts and Humanities including Memphis, Archbishop’s Ceiling and A Man of No Importance.

Shelly is also Co-Founder and Director of Statera Foundation for Women in Theatre.

Acting opportunities abound at UNC. We stage more than 30 productions a year, providing you with a wealth of opportunities to gain performing experience. You can audition for roles during all four years, beginning in your first year. During the summer, you can work with theatre professionals from across the country at the Little Theatre of the Rockies, our premier summer stock company.

In 2015 Beth Malone was nominated for a Tony Award for Best Actress in a Musical for her work in the Broadway production of Fun Home. She also performed on the Tony's telecast.

Andy Kelso appeared in Kinky Boots on Broadway, covering Charlie Price, one of two leading male roles, from Aug. 27-Sept. 3 and appeared on the original cast album of the musical. He also performed as part of the casts of Motown and Kinky Boots on the Tony Awards telecast on CBS and with the cast of the Broadway musical Motown as part of the annual PBS television special A Capitol Fourth Concert from Washington, D.C. For more about Andy, take a look at this article from Playbill.