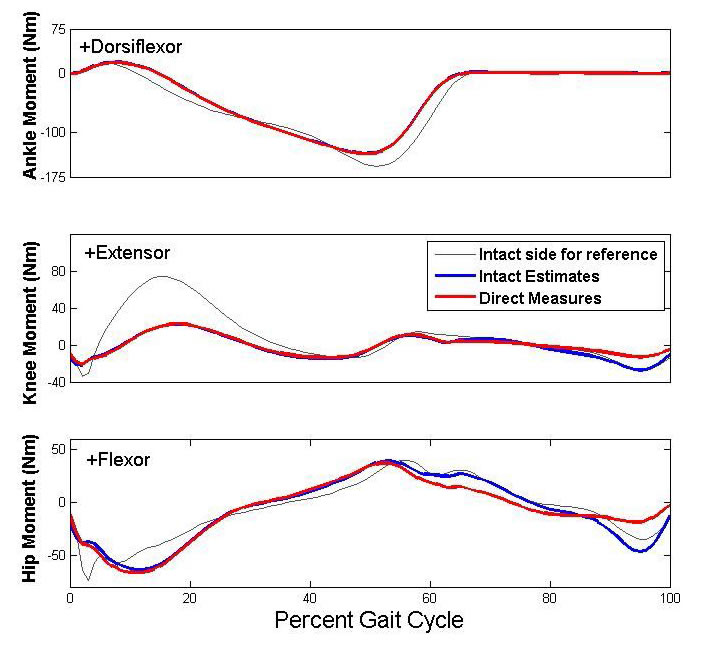 Using intact segment inertial properties to model the prosthetic side during swing
would suggest a higher muscular demand to control the limb that was actually more comparable to the
control utilized in the intact limb. Thus, one might be lead to interpret that prosthetic side joint function
during swing as similar to that of an intact leg. As such, when focusing on swing phase
mechanics, researchers should use direct measures of prosthesis inertia in inverse dynamics models,
but during stance the inertia parameters seem to have little impact on study outcomes.