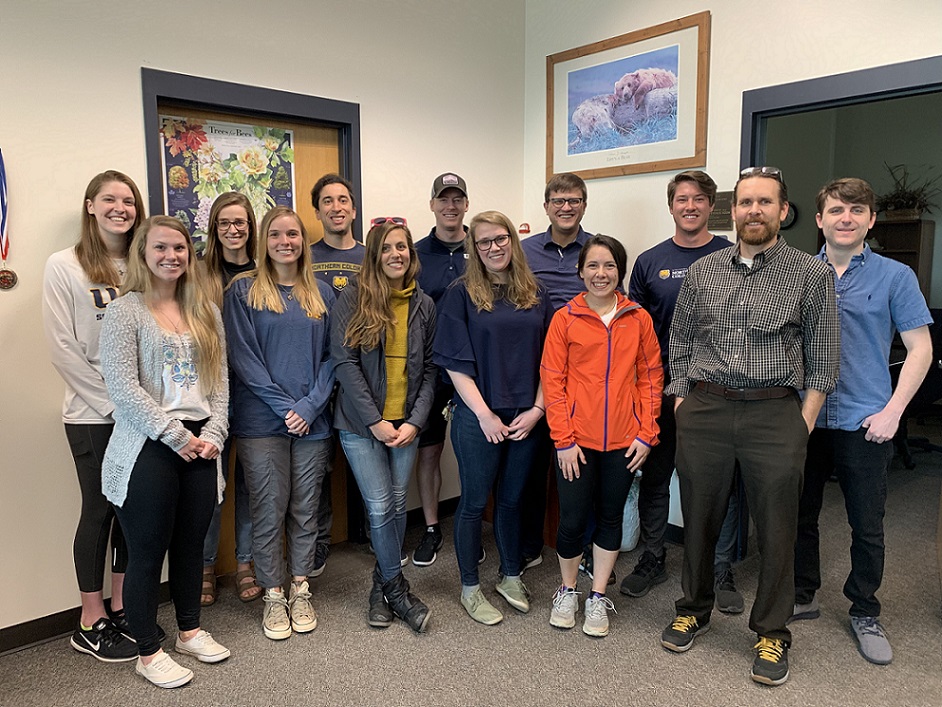 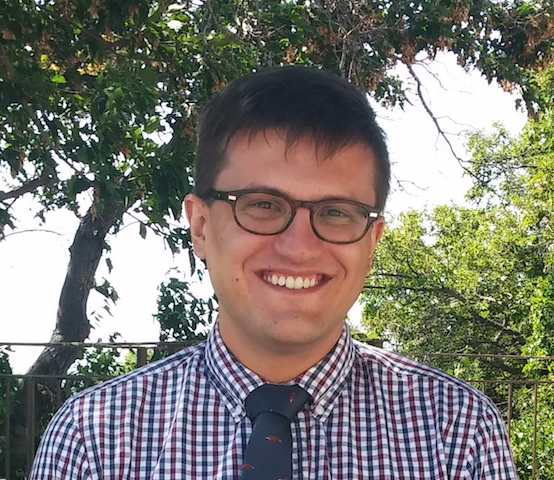 Nick Pullen grew up in the Virginia Mountains and finished a B.S. in Biology (2005) at James Madison University in the nearby Shenandoah Valley.  His first project was as an undergrad in the lab of Dr. Terrie Rife (JMU), doing work on neurodegenerative pathologies like Parkinson's Disease.  In grad school he transitioned into studying the roles of matrix metalloproteinases, their inhibitors (TIMPs), and nitric oxide in cancer, specifically glioblastoma.  In 2010 he received a Ph.D. in Anatomy & Neurobiology from Virginia Commonwealth University for this work under the guidance of Dr. Helen Fillmore (now in the UK). From 2010 to 2012 Nick was a postdoctoral fellow sponsored by the NIH-IRACDA program.  He did work on cell signaling associated with the high-affinity IgE receptor in mast cells, among many other projects on inflammation, in the lab of Dr. John J. Ryan.  Part of his IRACDA time was spent in professional development and research on teaching college STEM, and then a teaching assignment  in chemistry at Elizabeth City State University on the "Inner Banks" of North Carolina.  After a few years stopover in Central Missouri, Nick landed at UNC where his lab studies inflammation, he teaches some awesome students, and enjoys the great Colorado outdoors. 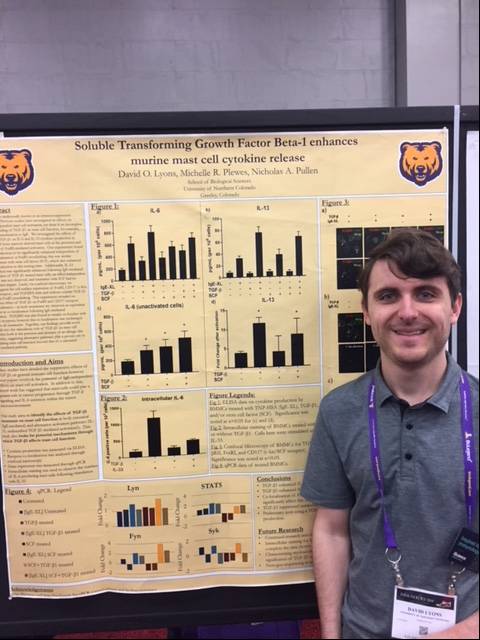 Davey was born and raised in Tucson, Arizona.  He attended the University of Arizona with  double majors in Molecular/Cellular Biology and Japanese Language.  He is currently researching the mechanisms of trained immunity on mast cell activation, particularly the roles of TGF-β1 with other agonists of mast cell cytokine release such as IL-33, Toll-like receptors, and, of course, IgE.
Papers at UNC:
TGF-β1 and mast cells (link)
Alternative activation of mast cells (link) 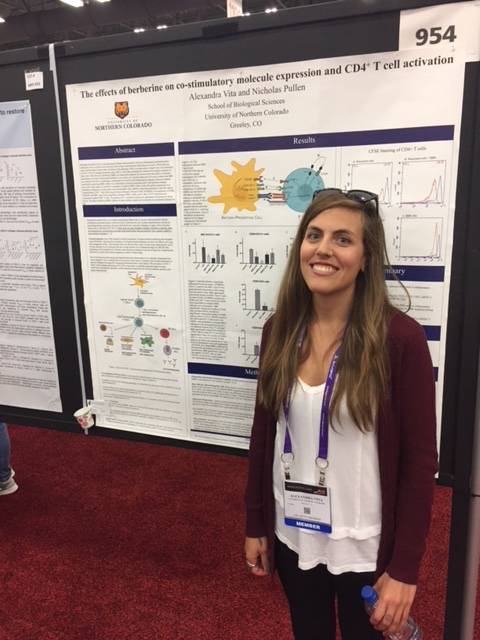 Alexandra graduated from Fort Lewis College in Durango, CO with a B.S. in Biology. Her research interests focus on novel plant compounds that have the potential to become effective treatments for inflammatory and autoimmune diseases. Alex began research in this area as an undergrad, studying the plant compound berberine and its ability to inhibit the pro-inflammatory responses of TH1 cells. Currently, she is developing a protocol to examine if berberine can effectively reduce the signs and symptoms associated with rheumatoid arthritis.
Papers at UNC:
NAMPS in the gut (link)
Berberine phrophylaxis for RA (link) 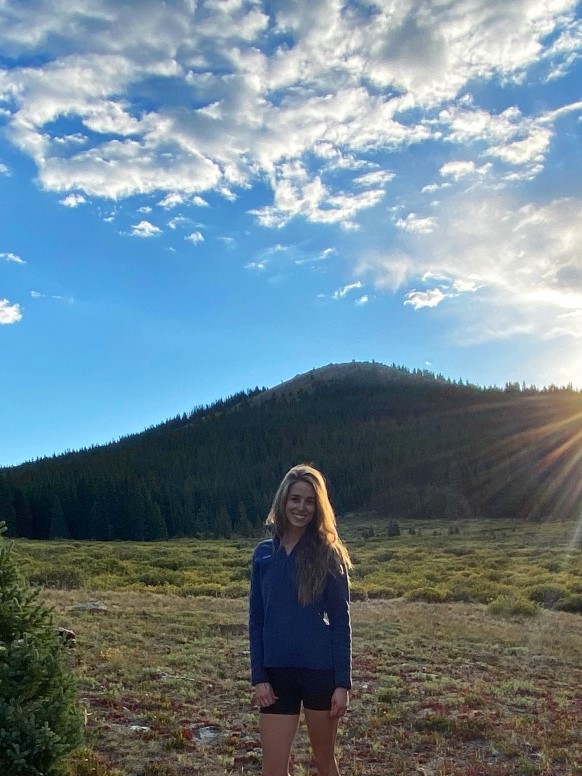 Janae was born in Fort Collins, Colorado before moving to various locations within the States and spending a year abroad. She graduated in the Spring of 2020 from UNC with her B.S. in dietetics. Janae’s research interests revolve around molecular approaches to nutritional interventions, which led her to begin working towards a masters in biological sciences under Drs. Pullen and Haughian.

Jake was advised by Dr. Hayward in SES and conducted research in the lab on the immune effects of exercise including its roles in: tumor growth, MDSC expansion, and T cell suppression. He published this work June 2020. He is currently a postdoctoral fellow in the Department of Nutrition & Integrative Physiology at the University of Utah. 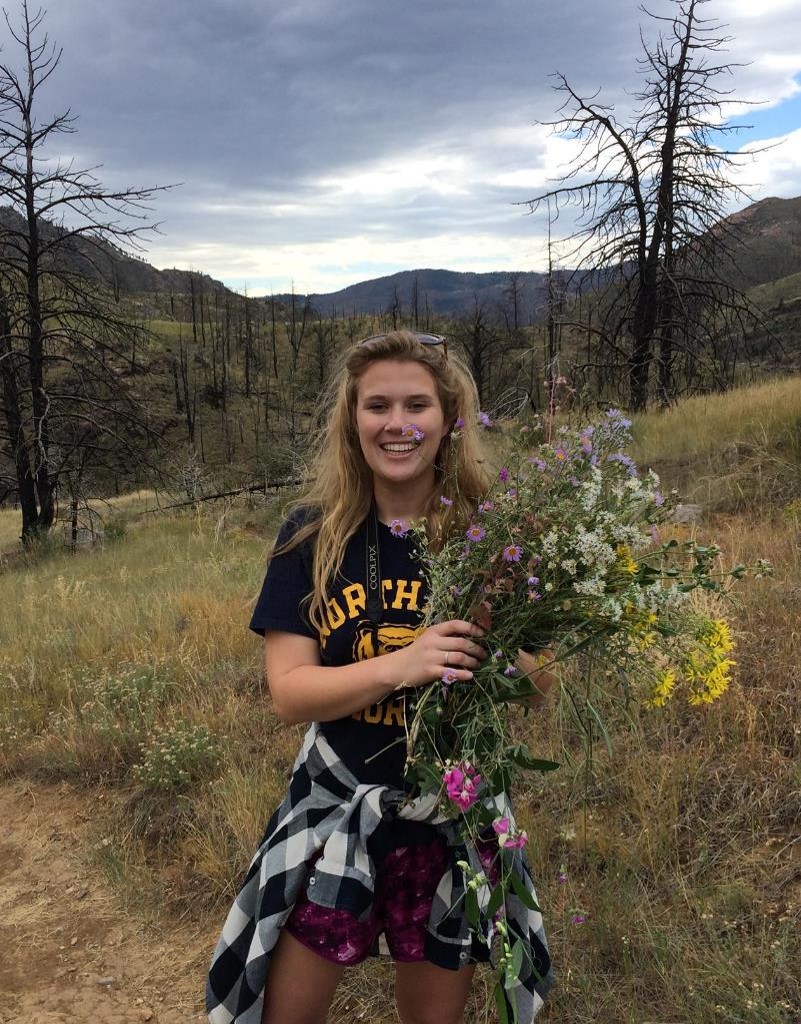 2018-2020. Viva was born and raised in Denver, Colorado. She completed her B.S. in biological sciences with a minor in chemistry here at UNC, and then completed her M.S. in biology, May 2020. With Drs. Haughian and Pullen she studied the elusive TH22 and myeloid-derived suppressor cells, specifically how they interact in the breast cancer microenvironment. She was selected for a featured oral presentation of her work on Type 3 immune cells, and awarded travel funds, for the 2019 meeting of the Society for Leukocyte Biology. She and the other awardees are featured here. Viva is expanding her expertise in T cell receptor signaling by pursuing a Ph.D. in Microbiology & Immunology in Brian Evavold's lab at the University of Utah. 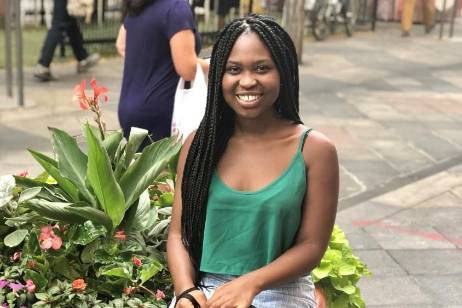 2018-2019. Dorothy Achiaa Agyemang graduated from UNC May 2019 with a major in chemistry and a minor in biology. She is from Ghana, West Africa but finished high school in Aurora, Colorado. Her research was on the dose response of breast cancer cells when treated with different cannabinoids. She presented her work at UNC Research Day and won the Research Excellence Award. In summer 2018, she gave a presentation at the annual McNair Conference in Buffalo, New York. Her main goal is to be a pharmacist in an underserved African community – to build pharmacy capacity in developing nations.  In addition to that, she has keen interest and participation in organizations that develop self confidence among minority women in (and interested in) STEM programs. Dorothy also loves to read novels, travel, and dance.  In 2019 she started the Pharm.D. program at the Skaggs School of Pharmacy, CU-Anschutz Medical Campus (Aurora, CO).

2018-2019.  Michael was a Biology major with an emphasis in Pre-Health and minors in Chemistry and  Spanish; he graduated May 2020. He grew up in Denver, Colorado with ambitions of becoming a doctor. As such, his academic goals include attending medical school and with a healthy dose of work, and luck, receiving his MD-PhD. A preferable alternative to this career path for Michael would be becoming the next “Bill Nye: The Science Guy”. Michael has been an actor all his life and hopes to maintain the same charisma in his bedside manner as he possessed on stage. Michael did research on MDSC and TFF2.

2016-2018. Jazmyn double majored in Spanish and Biology with an emphasis in Pre-health. She was born and raised in Greeley, Colorado.  Jazmyn is a SACNAS member, and she is involved in the Spanish honors society at UNC, Sigma Delta Pi. Jazmyn has danced almost her entire life, and hopes one day to pass on her love of dance to her patients as a way to stay healthy and express themselves.  Jazmyn worked on the expression of trefoil factors among diverse cancer phenotypes.  In 2017 she presented her work at the annual McNair research conference in Buffalo, NY and at ABRCMS in Phoenix, AZ (where she also received a travel award).

Joanie Ryan, 2012-2016. Joanie worked on projects concerning nitric oxide in cancer cell biology, and then on developing a new efficient protocol for equine mesenchymal stem cell differentiation from bone marrow, followed by autologous reimplantation of MSCs into injured performance horses.  She presented her stem cell work at Immunology 2016 in Seattle, WA.  Joanie is working on a Ph.D. in Microbiology under the mentorship of Dr. Nicole Kruh-Garcia in the Mycobacteria Research Laboratories at Colorado State University.

Cassie Dunn, 2015-2016 Cassie worked on TFFs in cancer cell biology, and developed a stable IL-3 producing cell line.  She finished her B.S. in biology in May 2017 and worked with physics professor Dr. Vern Hart (Utah Valley University) on a project to develop a new tumor imaging platform and image reconstruction algorithms.  Cassie was then a research assistant in the lab of Dr. Javier González Maeso at the VCU School of Medicine.

Amanda Marty Gruber, DVM, 2012-2015.  Amanda worked on nitric oxide signaling in pancreatic, breast, and kidney cancer cells.  She attended Immunology 2014 in Pittsburgh, PA.  In 2014 she finished a B.S. double major in biology and equestrian science from WWU.  In 2018 Dr. Gruber finished the DVM program at the University of Missouri, and she is now a practicing small animal verterinarian in St. Louis.