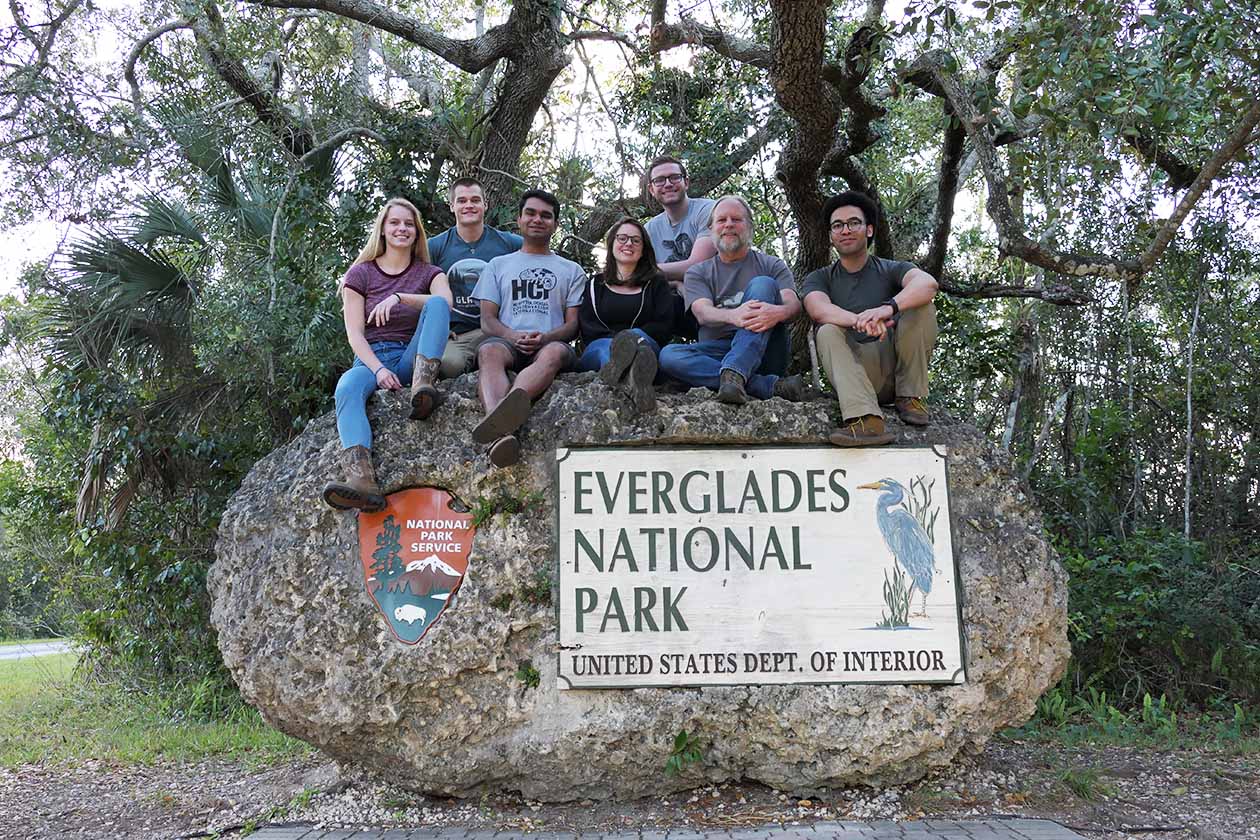 Tanner Harvey is originally from the east coast and earned his undergraduate degree in Neuroscience from Bowdoin College in Maine. He has always been fascinated by venomous snakes and the toxinology of venoms.  He is pursuing a Ph. D. in Biological Sciences and is isolating specific proteins from crude snake venom to evaluate their toxicity and mechanisms of action.  In the future he plans to pursue a career studying the pharmacological applications of biotoxins and he hopes that the potential for biomedical development of venom toxins will help motivate the protection of venomous species worldwide.  When not studying or in the lab he enjoys rock climbing, hiking mountains, and exploring new places. 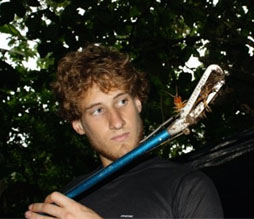 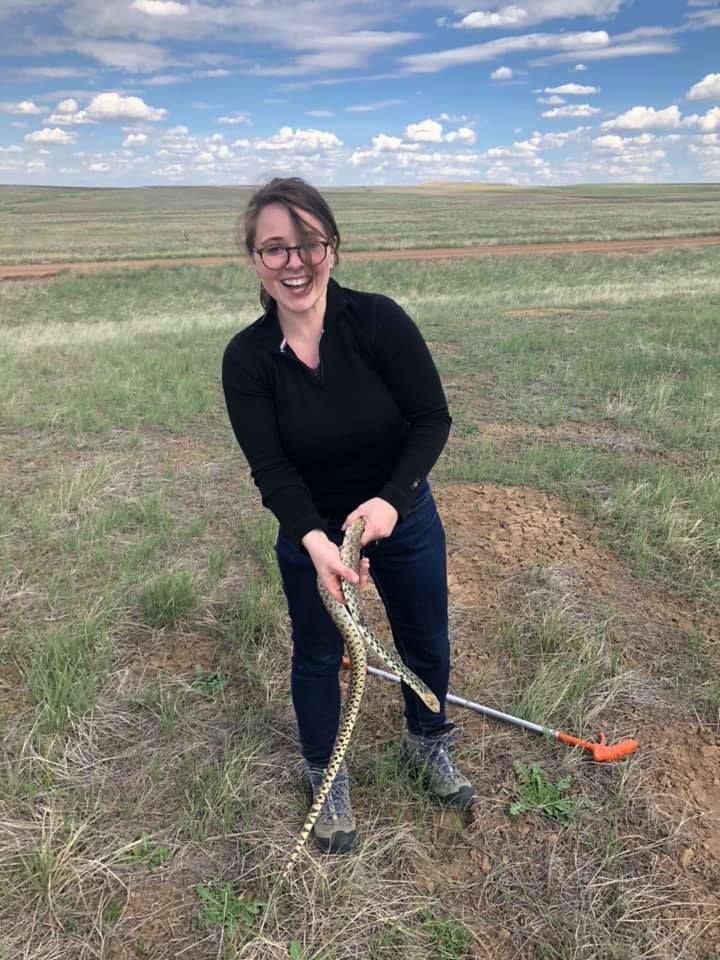 Cara Smith is originally from Virginia and earned her bachelor’s degree in Biology and Chemistry from the College of William and Mary. She is now a PhD student studying sources of venom variation in the Western Rattlesnake complex (Crotalus viridis/oreganus). Cara also curates the reptile and amphibian collections in the Natural History Museum at UNC. In the future, she plans to continue investigating the sources and consequences of toxin variability in venomous creatures and to become a curator of vertebrate zoology. In her spare time, she enjoys exploring the desert, backpacking, and baking.

Neil Balchan is a Master’s student in the Venom Analysis Lab and is originally from Winnipeg, Canada. Neil studies venom resistance at the community level, at study sites where the Prairie Rattlesnake (Crotalus viridis) and Desert Massasauga (Sistrurus tergeminus edwardsii) interact with an array of rodent prey species in eastern Colorado. In the future, Neil plans to pursue a career in academia, with strong interests in venomous snake systematics and venom variation. In his free time, Neil can be found field herping, practicing falconry, travelling, and exploring the great outdoors. 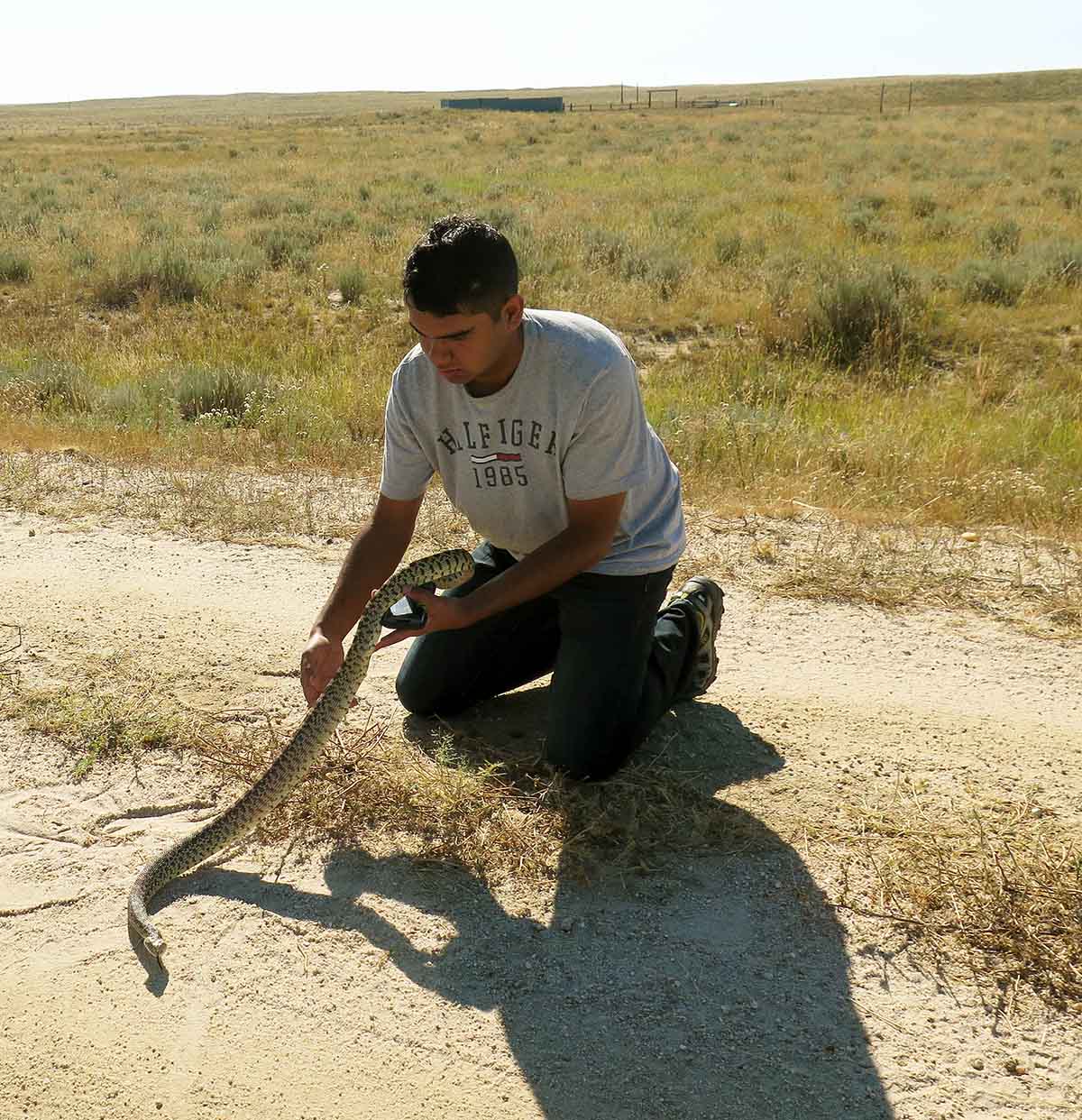