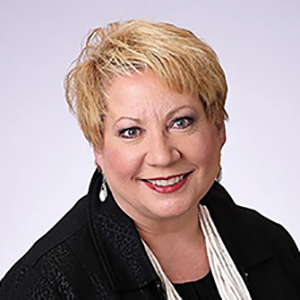 Mary Ann has been a member of the Foundation Board of Directors since July 2016.  She is the Chair of the Nominating and Governance Committee, past Secretary in 2017 and was elected as the Vice Chair in 2018.

Mary Ann graduated from UNC in 1980 with a Bachelor of Science in Business Administration with and emphasis in Management. She also attended The Executive Marketing Program at Columbia through her work at AT&T and Lucent Technologies.  She is trained in Change Management and LEAN through her work at Lucent and Avaya.

Mary Ann is the CEO and owner of Peak to Peak Business Strategies LLC.  She is an Executive Coach, Business Coach and Consultant serving clients in both in the US and International countries.   She is often an executive speaker for the Monfort College of Business at UNC.  Prior to starting her own business, she worked for AT&T, Lucent, and Avaya where she began as an account manager and progressed to the Vice President for Services and Global Channels.  After leaving Avaya she became the Vice President Portfolio Management for Bank of America.

She has also served on the Strategic Planning Committee for Junior Achievement from 2007-2013, Major Gifts Chair for the American Diabetes Association 2012-2015, Past Chair for the South Metro Denver Chamber -2004, and was a member of Leadership Denver class of 1990.   She served as the Luncheon Chair in 2017 for The Women’s Foundation of Colorado.  She is a current member of the Women in Business Advisory Board of the South Metro Denver Women in Business, and  The Women’s Foundation of Colorado – Development Committee, Luncheon  Committee.

She is married to her husband Dave and has two son’s – Greg and Dan.  She lives in Castle Rock Colorado.