Center for Women's and Gender Equity

Stay updated on our social media or check in to see what we are currently reading!

Kimberly Drew and Jenna Wortham have brought together this collection of work--images, photos, essays, memes, dialogues, recipes, tweets, poetry, and more--to tell the story of the radical, imaginative, provocative, and gorgeous world that Black creators are bringing forth today. The book presents a succession of startling and beautiful pieces that generate an entrancing rhythm: Readers will go from conversations with activists and academics to memes and Instagram posts, from powerful essays to dazzling paintings and insightful infographics.

In answering the question of what it means to be Black and alive, Black Futures opens a prismatic vision of possibility for every reader.

I decided to read this book because of a book club that author Roxanne Gay started in 2021.  This book is a collection of social media posts, songs, poems, and almost anything else you can imagine.  I listened to this book audibly and would suggest purchasing a physical copy, I believe an eBook version might leave things out.  And the audible version was nice to hear, but I also believe I missed not being able to physically see the posts and such.   I will be purchasing a physical copy soon to add to my ever-growing book collection.  The book club also mentioned keeping your search engine of choice open while you are enjoying this book as there is so much going on you might need to learn more about certain topics.  I did this and it helped immensely.

As far as the book, it was something different than I had ever engaged in.  I learned about artists I can support from Flint, Michigan, and the importance of Black owned barber shops.  I plan on visiting some of the galleries described and listening to some of the music that was highlighted.  I also began following some new individuals on Twitter because of their tweets and found even more books and authors I want to invest in.  It truly is something that all persons should invest time and money into and a way to appreciate all that the Black community has brought to our lives.

"I come from a country that was created at midnight. When I almost died it was just after midday."

When the Taliban took control of the Swat Valley in Pakistan, one girl spoke out. Malala Yousafzai refused to be silenced and fought for her right to an education.

On Tuesday, October 9, 2012, when she was fifteen, she almost paid the ultimate price. She was shot in the head at point-blank range while riding the bus home from school, and few expected her to survive.

Instead, Malala's miraculous recovery has taken her on an extraordinary journey from a remote valley in northern Pakistan to the halls of the United Nations in New York. At sixteen, she has become a global symbol of peaceful protest and the youngest-ever Nobel Peace Prize laureate.

I Am Malala is the remarkable tale of a family uprooted by global terrorism, of the fight for girls' education, of a father who, himself a school owner, championed and encouraged his daughter to write and attend school, and of brave parents who have a fierce love for their daughter in a society that prizes sons.

I Am Malala was one of the best books I have ever listened to.  Her journey began as she described her home and her family and her desire for education.  She was articulate and sometimes it was hard to believe she was only 10 or 11 years old and other times, her age would show up in the most innocent ways.  She told stories of fighting with her siblings and competitions with some of her best friends at school.  I was an adult when September 11th occurred and unfortunately, I only heard negative things about some of the individuals involved and the nations and religion that they came from.  Malala was able to show me her world in a totally different way than I had ever been exposed to and I am thankful for this.  Her description of how her community suffered because of the United States wrath broke my heart.  They were caught between an extreme group and a government that couldn’t or wouldn’t care for them.  They were just trying to live their lives and for the girls, trying to gain an education in a space that wouldn’t allow this.

I Am Malala was so refreshing I would suggest all persons read or listen to this.  You will be educated and gain new perspective on a part of history that we as Americans have only heard one side of, ours.  There were so many innocent people harmed, from so many different lands, and Malala describes this so well in this book.  I listened to this book audibly and appreciated hearing her voice describing her life and the various parts of it.  You will not regret adding this to your library and to your life.

Want to know more? Follow our journey through the book by reading our published book club blogs from Fall 2020 at Inside UNC.

In a life filled with meaning and accomplishment, Michelle Obama has emerged as one of the most iconic and compelling women of our era. As First Lady of the United States of America—the first African American to serve in that role—she helped create the most welcoming and inclusive White House in history, while also establishing herself as a powerful advocate for women and girls in the U.S. and around the world, dramatically changing the ways that families pursue healthier and more active lives, and standing with her husband as he led America through some of its most harrowing moments. Along the way, she showed us a few dance moves, crushed Carpool Karaoke, and raised two down-to-earth daughters under an unforgiving media glare.

In her memoir, a work of deep reflection and mesmerizing storytelling, Michelle Obama invites readers into her world, chronicling the experiences that have shaped her—from her childhood on the South Side of Chicago to her years as an executive balancing the demands of motherhood and work, to her time spent at the world’s most famous address. With unerring honesty and lively wit, she describes her triumphs and her disappointments, both public and private, telling her full story as she has lived it—in her own words and on her own terms. Warm, wise, and revelatory, Becoming is the deeply personal reckoning of a woman of soul and substance who has steadily defied expectations—and whose story inspires us to do the same.

The book Becoming describes Michelle Obama’s life prior to becoming the First Lady of the United States.  Michelle Obama grew up in Chicago and lived with her parents and brother in a small apartment they shared with another relative.  She was a high achiever and worked her way through high school and then college, becoming an attorney. Michelle met Barack while working in a law office and he was one of her interns.  She found him interesting and they hit it off right away.  When Barack became involved in politics, Michelle was supportive but hesitant.  When he was thinking about running for president, Michelle wasn’t really excited about the prospect and it took awhile for her to get on board.

Once Barack became president, Michelle continued focusing on their two children and made sure that they were her primary focus.  You could really feel the pressure she felt being a mother and having to maintain her role as the “First Lady”.  This book really gave the reader an insight of how hard it would be to fit into a life you really didn’t want to fit into.  Michelle was supportive of her husband and it felt like it wasn’t really somewhere she wanted to be.  She accomplished some amazing things while they were in office, so many that we as a nation were never told about or they were never acknowledged for.  I was raising my own children while Barack Obama was president and I never really know that much about him or his family.  This book was really eye opening and I learned so much about them and how politics can work sometimes.  I was also able to listen to this book on Audible and I enjoyed hearing Michelle Obama tell her story.

Lead From the Outside

Leadership is hard.  Convincing others – and yourself – that you are capable of taking charge and achieving more requires insight and courage.  Lead from the Outside is the handbook for outsiders, written with an eye toward the challenges that hinder women, people of color, the working class, members of the LGBTQ community, and millennials ready to make change.  Stacey uses her hard-won insights to break down how ambition, fear, money, and failure function in leadership, and she includes practical exercises to help you realize your own ambition and hone your skills.  Lead from the Outside discusses candidly what Stacey has learned over the course of her impressive career in politics, business and the nonprofit world: that differences in race, gender, and class provide vital strength, which we can employ to rise to the top and create real and lasting change. -  Summary found on MacMillan Publishers

In the book “Lead From the Outside”, Stacey Abrams describes her life as a woman of color in a leadership position.  She gives amazing detail on how to focus on your goals, create relationships with mentors, and build a spreadsheet that includes so many aspects of your life.  Stacey has a way of making you feel like any goal you can have in your life is attainable and although failure is always a possibility, you can never give up on your dreams.  Stacey also emphasizes the importance of admitting your failures and shortcomings and using them to gather strength as you push forward.  This is an amazing book and I would recommend it for any person.  I was able to listen to it audibly and enjoyed the opportunity to hear Stacey read her own words.

When I Was Puerto Rican

In a childhood full of tropical beauty and domestic strife, poverty and tenderness, Esmeralda Santiago learned the proper way to eat a guava, the sound of tree frogs, the taste of morcilla, and the formula for ushering a dead baby’s soul to heaven. But when her mother, Miami, a force of nature, takes off to New York with her seven, soon to be eleven children, Esmeralda, the oldest, must learn new rules, a new language, and eventually a new identity. In the first of her three acclaimed memoirs, Esmeralda brilliantly recreates her tremendous journey from the idyllic landscape and tumultuous family life of her earliest years, to translating for her mother at the welfare office, and to high honors at Harvard.

This story is shared by a girl who grew up in Puerto Rico during the Korean War. She shares stories of her barrio (neighborhood), her parents and many siblings, the amazing food and café they consume, and the many struggles she faces as a poor child living in a land still tightly controlled by the other “Americans” from across the ocean. She tells of how the government came in close to election time and gave out food and hygiene in hopes of gaining the children’s parents support. As a child she wandered through hurricane destroyed houses without electricity and running water and listened to the sounds of families, roosters, and the nearby ocean waves. Esmeralda gives amazing detail to the various locations her mother moved her and her numerous siblings in an effort to give them more than she had ever had access to. This story enabled me to feel Esmeralda’s struggle, confusion, anger, and love for Puerto Rico in a way I never thought possible and I am excited to read the other two memoirs in this series. 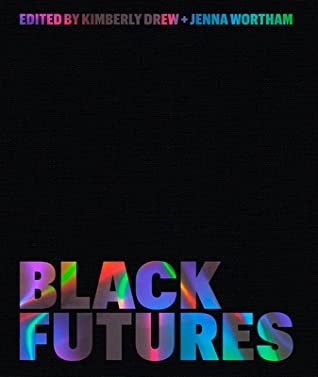 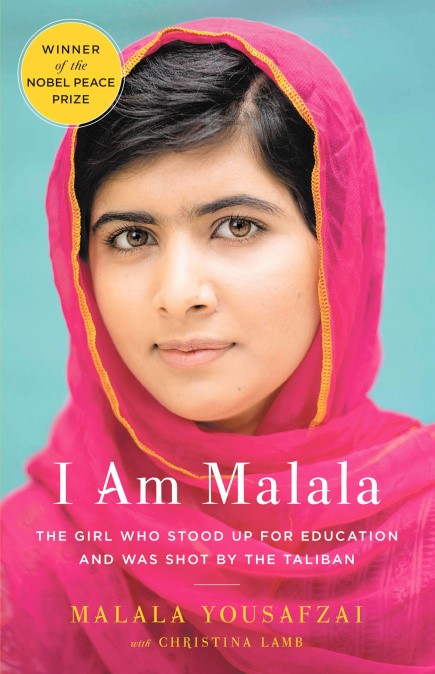 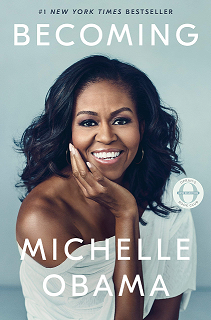 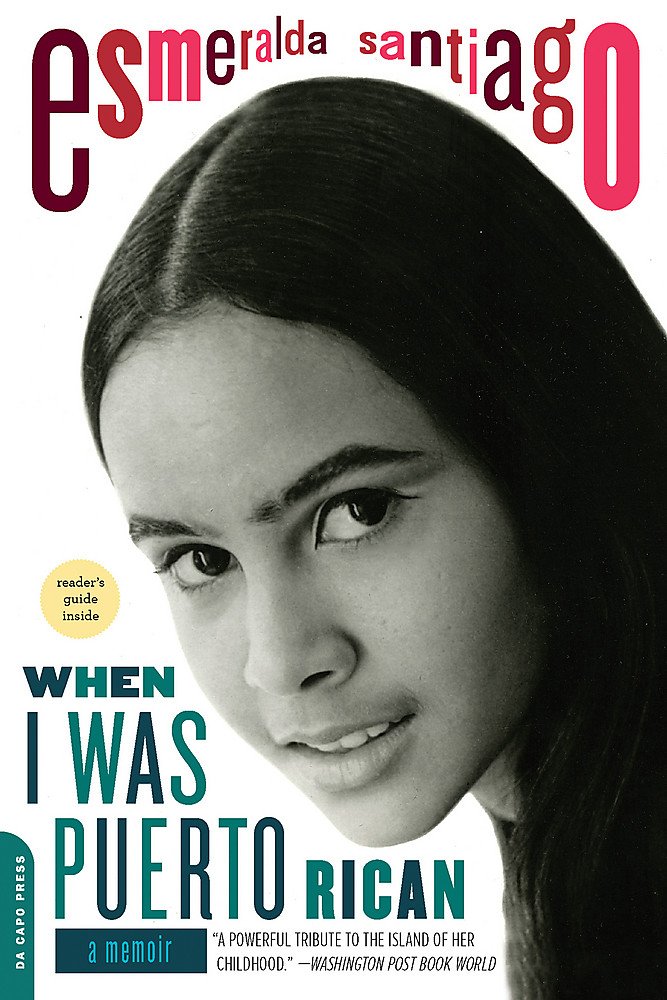