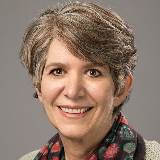 I received my BA with honors from the University of California, Los Angeles, majoring in Psychology. After a one-year break to travel in Europe, I began my doctoral program in Developmental Psychology at UCLA where I also minored in Physiological and Cognitive Psychology.  Upon completion of my doctoral program, I taught for one year in the Behavioral Science Department of California Stater Polytechnic University, Pomona, California. Following this, I accepted a position as a postdoctoral fellow with the Developmental Psychobiology Research Group at the University of Colorado Health Sciences, supervised by Dr. Bruce Pennington.  It was through this postdoctoral fellowship that I developed my current research program in the area of “executive functions,” supported by my own NRSA fellowship awarded by NIH.  Following the postdoctoral fellowship, I was hired as an Assistant Professor in the Department of Psychology at Fordham University, where I stayed for three years.  I returned to Denver, Colorado to work as a research assistant on a NIH grant awarded to Drs. Pennington and Hagerman examining the neuropsychological sequelae of Fragile X.  Soon after, I accepted my current position at the University of Northern Colorado, where I have taught, conducted research, and served in many service roles (e.g., Coordinator of Graduate Programs in Educational Psychology).   Today, I am a full professor in the School of Psychological Sciences, active in my collaborative research on the impact of childhood stress on college students’ academic adaptation, and involved in various service activities for the university and the discipline (e.g., journal reviewing, grant reviewing for NIH and NSF).

My research program in developmental and cognitive neuropsychology is focused on examining the nature of executive function, the cognitive processes mediated by the prefrontal cortex. Executive functions include such processes as planning, working memory, inhibition, flexibility, and self-monitoring. Over the years, my research has explored these processes in typical and atypical populations, the construction and validation of new assessment tools, and the degree to which interventions can facilitate executive functions in children and adults. Over the years, my research program has taken an applied approach. For example, I have examined the effectiveness of a thinking skills curriculum, BrainWise, for improving executive functions in very vulnerable populations, including families living in poverty, high-risk adolescents attending alternative high schools, and homeless men living in transitional housing. My research with doctoral students in Educational Psychology has identified that executive functions do, indeed, relate to some very important real-world behaviors, such as academic self-efficacy and achievement, career exploration and decision making, and risk taking.

I strive to teach content-rich classes that combine both lecture and discussion formats. My goal is to link the topic area, whether it is research methods or child psychology, to current issues in society, as well as to provide students with the practical, critical thinking skills to make informed decisions about their own lives. Typically, the courses I teach are:  Introduction to Research Methods, Advanced Research Methods, Human Growth and Development, Child and Adolescent Psychology, Developmental Disabilities and Psychopathology, as well as graduate-level courses on development and executive functions.

Welsh, M.C., & Peterson, E. (2014). Issues in the Conceptualization and assessment of hot executive functions in childhood. Journal of the International Neuropsychological Society, 20(2), 152 – 156.

Welsh, M.C.  (2001).  The prefrontal cortex and the development of executive functions. In A. Kalverboer and A. Gramsbergen (Eds.), Handbook of brain and behaviour development. The Netherlands: Kluwer.