Coronavirus  Return to Campus  FAQs
When visiting the Rec Center, wear a mask and follow all signs and posted placards to keep the UNC community healthy. In order to monitor our capacity, reservations are required for Campus Rec access. More about Reservations

UNC Men's Rugby competes in the Rocky Mountain Rugby League. The club finished 5-3 during the 2018-2019 season and are nationally ranked #18 in D2. Seven players were named to Rocky Mountain All-Conference team and seven players were named to FloRugby top 200 D2 players in the country. The team also competed with success at the Las Vegas Invitational Tournament in Nevada. 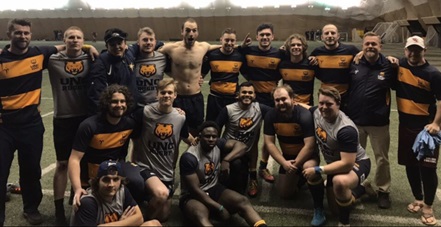