For more than 125 years, University of Northern Colorado students and alumni have shared in the collective history and traditions of our university and alumni association – memories, events and customs which foster a common belief: Once a Bear, Always a Bear.

On April 1, 1889, the governor of Colorado signed the bill creating the State Normal School to train qualified teachers for the state's public schools. Greeley citizens raised the necessary money for the first building, and the cornerstone was laid on June 13, 1890. The school opened its doors on October 6 with a staff of four instructors and 96 students. Certificates were granted upon the completion of a two-year course. Normal still finds its way onto UNC licensed apparel.

In 1911 the school's name was changed to Colorado State Teachers College by the state legislature. The college was then offering four years of undergraduate work and granting the Bachelor of Arts degree.

In 1935 the name of Colorado State College of Education was adopted to recognize the fully developed graduate program, which was started in 1913. Early in 1957 the state legislature approved shortening the name to Colorado State College. Again, to recognize the further growth of programs and offerings, in 1970 the name was changed once more, this time to the University of Northern Colorado.

The UNC Alumni Association was founded in 1965 to represent all alumni from the institution, regardless of the school's name when they graduated. Today the Alumni Association celebrates traditions from more than 125 years of university history.

Remember the peal of Westminster chimes from Gunter Hall, UNC's iconic central campus building? Remember how they sang to you? How they got you to class on time and hurried you across campus to dining halls or football games? The campus ringtone still plays every 15 minutes from Gunter Hall.

Until 1925, the official name of athletic teams was the Teachers. Since then, we have been called the Bears, unofficially for the bear carving atop an Alaskan Tlingit Indian totem pole donated to the school in 1914. Nicknamed Totem Teddy, it served as a school symbol until 2003, when it was returned to the Tlingits under the Native American Graves Protection and Repatriation Act. A bronze bear sculpture, Northern Vision, took its place and currently resides on the north side of the University Center.

UNC’s Homecoming tradition goes back to 1923 when the football team squared off against Montana State. Homecoming programming quickly expanded beyond the gridiron to keep pace with our growing campus and the diverse interests of our students and graduates. Today’s Homecoming celebration includes activities with decades of history as well as some that engage our university community in fresh and exciting ways.

Ever wonder why the university changed its colors from purple and gold to blue and gold? A well know campus myth claims former Head Football Coach Bob Blasi purchased navy blue jerseys after laundering caused the purple jerseys to fade. According to the story, this switch caused a domino effect and the new color scheme was quickly adopted by the other coaches.

While the myth does contain some verifiable facts, many of the specifics were never substantiated leaving the definitive cause of our color change to fade with history. We do, however, know for certain that the switch to blue and gold was made official in 1976.

A gift from the 1940 senior class, Hi Bridge is located between Gunter and Gray Hall. Originally it led to the front door of Bru Inn, the former student union. The bridge established the tradition that anyone who crossed the bridge, friend or stranger, were to greet each other with a cordial “Hi”

Today delegates for the Hi Bridge Society represent UNC's diverse student body at alumni events and programs throughout their senior year. Delegates are selected through the Homecoming Royalty nomination and voting process. 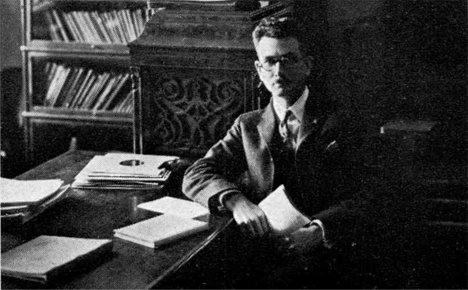 The fight song, played by UNC’s marching band Pride of the Rockies during home games and performances, is well known to UNC Bears. 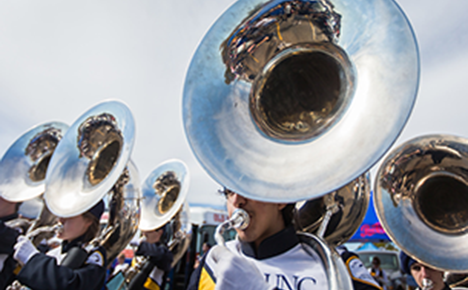 On down the field we go to victory,
The colors navy blue & gold.
And to our fighting team
we hold our spirit high.
The mighty Bears are we .... GO BEARS!!
Fight, fight to win each battle fairly,
The only way we e'er shall be,
We shout out the name,
To keep the fame and glory to old U-N-C!